Delivered to a dealer in Australia from new. The history of the car is documented back to 1964 since when it has remained in the hands of the same family until it was imported into the UK in 2018. There is an engineers report from 1964 showing the condition of the car as it passed to its new owner. He used the car until 1978 and then he stored it on blocks underneath his house until his nephew, a qualified motor engineer, inherited the car in 1992. He then set about a 14 year restoration and upgrade, bit by bit as he could afford it. Significantly, he replaced the original 2.4 litre engine with the much more desirable 3.4 from a 1965 S type. Disc brakes have also been fitted to replace the original less efficient drums. As the car had been in the hot Australian climate all its life, the interior had faded; and so it was all was renewed using the exact same leather, carpet and headlining as was originally used by Jaguar. The cost of this alone was A$9000. A letter dated 2002, from the company who restored the interior states The car was presented to us in I stripped out form. No evidence of rust was detected. The timber is as fitted at date of manufacture and is in excellent unrestored condition. I have had the car examined by a local garage, and they reconfirmed the absence of rust. The one job that I have undertaken is to fit an electrical Lucas screenwash system, as correct for the 3.4 engine. The original Trico vacuum operated system used on the earlier engines was sensibly not connected by the last Australian owner because it would have necessitated drilling into the inlet manifold. It is however available if required. Jaguar heritage certificates for the original car and for the replacement engine are included. The car is practically perfect condition. The interior is spotless and the exterior chrome and paintwork is in exceptional condition. only two defects that I can see are as follows: There is a small split in the paintwork at the base of the nearside. 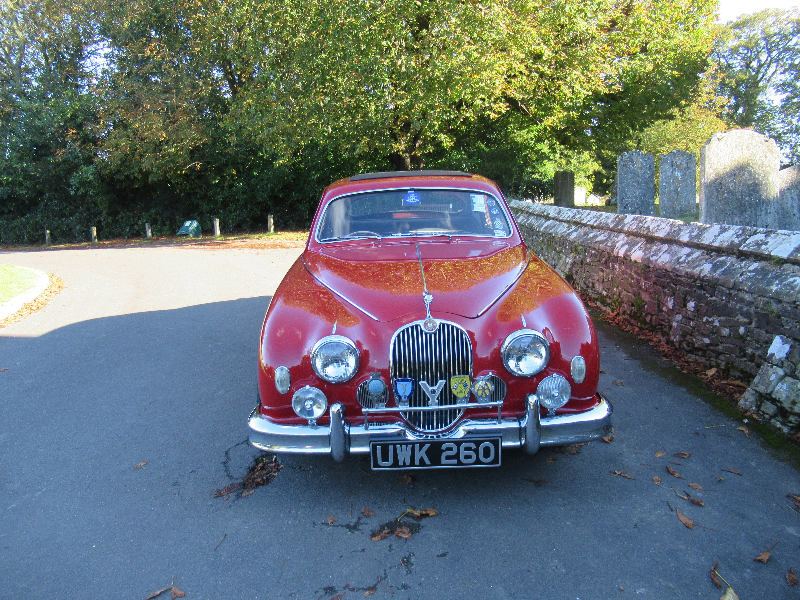