CLASSIC MOTOR CARS ARE PROUD TO OFFER FOR SALE CHASSIS 860005, THE FIRST E-TYPE WITH INTERNAL BONNET LOCKS.Jaguar's E-Type will undoubtedly go down in history as one as the most important cars in automotive history. Deemed 'the most beautiful car in the world' by Enzo Ferrari himself, the E-Type revolutionised the meaning of style. Some 60 years after its birth, it is still recognised by many to be the greatest ever sports car.For many the Series 1 3.8 is the purest iteration of the E-Type, a model that is liked by old and young enthusiasts alike. CMC have been privileged enough to handle the sale and restorations of some of the most important E-Types in existence. It is with this honour that we offer another historically important car for sale.Completed on the 24th August 1961, 1600HP is the 5th RHD coupe to be built. Chassis 5 was delivered to Jaguar Cars Inc., New York despite its original UK specification. The car remained as a showroom demonstrator up until 1967, where it was offered for sale for the first time. After residing in Pennsylvania for some years, the car then came to the attention of a Mr Richard B Iott, of Monclova, Ohio who purchased it soon thereafter. After years of sitting in dry storage, he was able to start the car up and drive it away with as little as a new battery and fresh fuel. In 1996, it was sent to a Jaguar specialist in Scottsdale where it underwent a full restoration up until 2002. Subsequently the car was then sold to the Matsuo Yoshida's Museum Collection.1600HP arrived in our workshops shortly after being purchased, in 2014 we were entrusted to carry out a full nut and bolt restoration paying particular attention to taking the car back to its original specification whilst retaining its originality. The restoration is well documented, with an array of pictures and words outlining its journey through our workshops displayed beautifully with its own book. It's restoration was concluded in 2016, the car sitting in our handover bay exactly how it would have looked some 55 years prior at the Jaguar Factory. No time was wasted in revealing Chassis 5's restoration, in September 2016 the car made its first outing at Salon Prive.2017 was another great year for 1600HP, picking up Champion of Champions Concours competition. Its ownership has been 9 years of continuous love; no expense has been spared in maintaining Chassis 860005. It has been used sparingly, shown rigorously and adored by many. With an outstanding history file to add, it's not often cars of such calibre come up for sale. Accompanying the car is 5 spare show wheels, period tool kit (including original tool roll), Shelley jack, period owner documentation, original radiator caps, petrol cap and tax disc holder and four knock off wheel spinners (Originals). Adding further to its history is certificates from Concours, Brochures and of course its Jaguar Heritage certificate.This is one of the most historically significant E-Types to come to the market in recent years and represents a rare opportunity not only to own such an iconic car but also grants the owner the right to be invited to some of the best concours, rallies and events the market has to offer. A car like 1600HP provides so much more than just ownership. It puts the owner in historic motoring's pole position.(Pictures taken at Davenport House, Bridgnorth, Shropshire)Country House Wedding Venue | Shropshire -- Davenport House 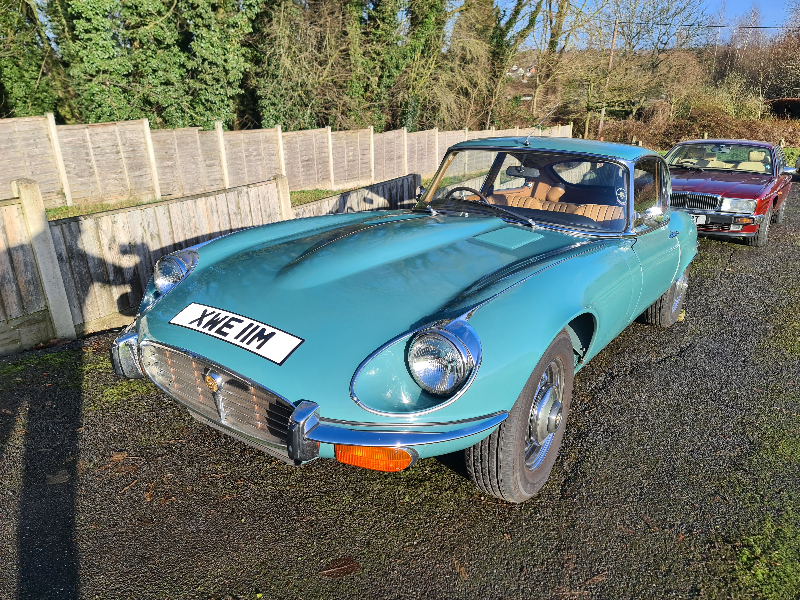 Sponsored Ad
1973
£58,000
JAGUAR E-TYPE
Very clean example, original car, not been restored, has had new bonnet and front seats have been...
16
View details END_OF_DOCUMENT_TOKEN_TO_BE_REPLACED

Sponsored Ad
1973
£58,000
JAGUAR E-TYPE
Very clean example, original car, not been restored, has had new bonnet and front seats have been...
16
View details

END_OF_DOCUMENT_TOKEN_TO_BE_REPLACED 1921
£650,000
SQUIRE 11/2 LITRE LONG CHASSIS TOURER VAL ZETHRIN
Val zethrin
There can be very few British sports cars that were built in smaller numbers than the Squi...