1926 Citroen B12 Torpedo - Commercialle / Registration Number: UF 3601Chassis Number: 176048 / Engine Number: 117172 / Steering: Left Hand Drive // Another charming product from Citroen in the 1920's, not just a full four seat tourer, but one which may easily be converted for commercial use by removal of the rear seat and hood, dropping the tailgate and voila, in goes your cow or a few sheep. It can then be quickly re-configured to take Maman and les enfants to church. Here then is a strong and rugged workhorse powered by a 1539cc side valve engine, driving through a three speed gearbox. Four wheeled brakes are a welcome feature, with the pedal operating the front wheels and transmission brake, whilst the handbrake takes care of the rear. This was a French built example not, we are told, quite as well fitted as the British version, but perfectly acceptable surely. Simplicity is the key, as exhibited by the scuttle mounted fuel tank, from which petrol falls via a pipe to the carb. The Citroen has six volt electrics also, and 45mph is apparently achievable. There is a large hood for bad weather but no side screens (as far as we are aware) and the interior is up together and usable. The motor car was apparently the subject of an older restoration and remains in good order; indeed, the body appears to be very good with well-fitting panel work and doors. The current owner has had UF 3601 for some twenty five years has thoroughly enjoyed his practical Gallic motor car; he hopes that in the right hands, the family-sized Citroen will continue to travel many a happy mile towards its centenary. The motor car comes with modern V5C registration certificate and its replacement, two V5 documents, an instruction book and invoices. //

Other Classic Citroen B12 Cars for Sale 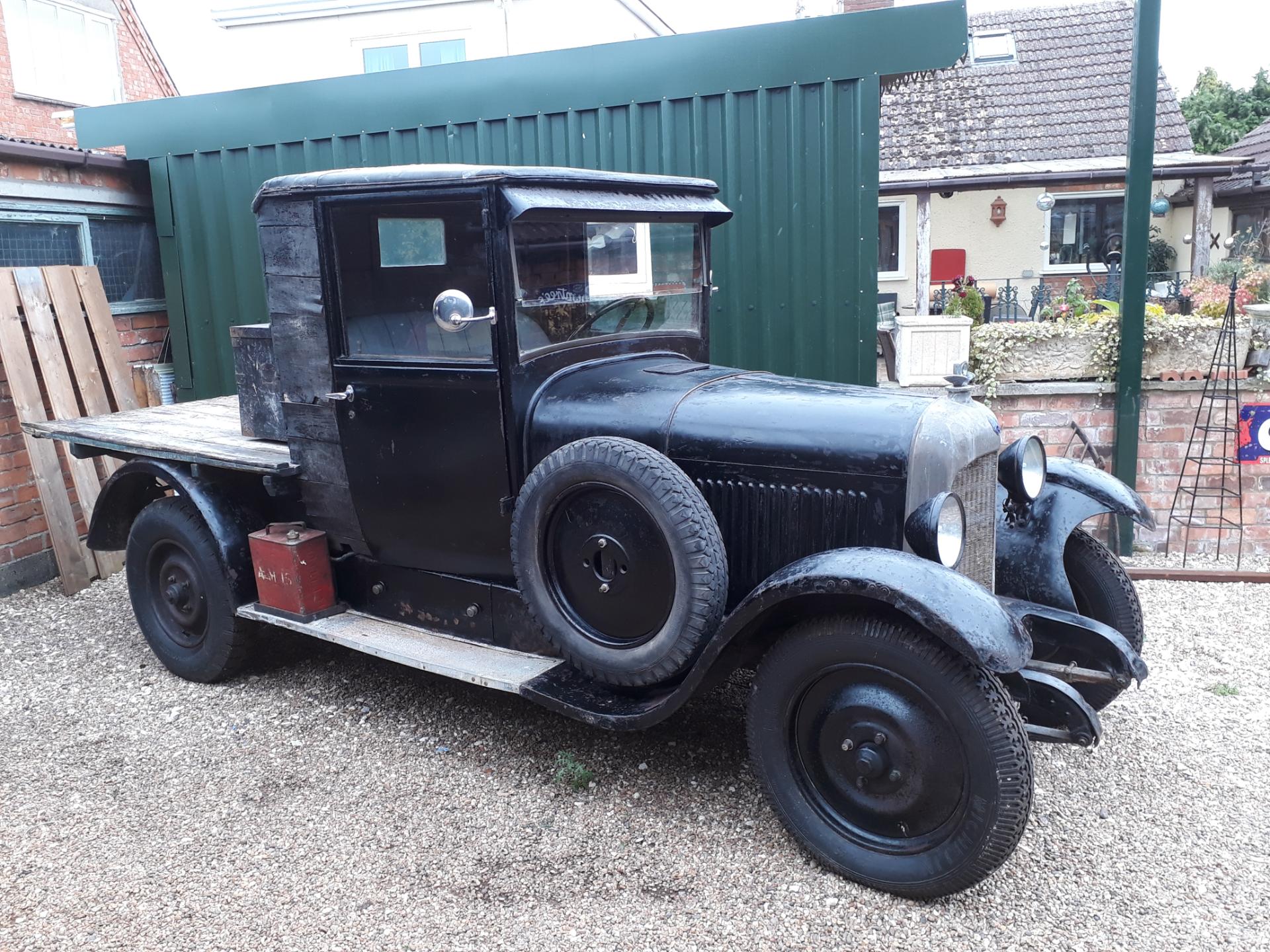 Other Classic Citroen B12 Cars for Sale