Triumph TR3A 1959 "Raffles" 449. 1959 was an unusual year for Britain: Mike hawthorn crashed his 3.4 Jaguar Mk1 on the Hogs Back in Guildford. Cliff Richard releases "Living Doll" written by Lionel Bart, a man who became a legend in his own lunchtime. Icelandic gunboats fire on British trawlers in the first of the Cod Piece Wars over fishing rights. I think there must have been some confusion as to the meaning of the term fly fishing. Barclays was the first bank to install a computer. BMC launches the Mini. Ronnie Scotts opens in Soho. London transport launch the Routemaster Double Decker bus. Goldfinger by Ian Fleming is published. Car ownership in Britain exceeds 30 percent of households. Although it was never officially badged as the TR3A by Triumph, such were the significant upgrades to the TR3 model made in 1957 that enthusiasts have unofficially designated these 1957/62 cars as such to differentiate them from their predecessors. The updates included a new wide front grille, exterior door handles, lockable boot handle and, for those inconvenient moments of obstinance, a full tool kit as standard. The total production run of the TR3A was 58,236, making it the third best selling TR after the TR6 and TR7. This Royal Blue example, fitted with overdrive, is a well known car within the TR Register and was used until recently to make regular trips to Europe fitted with Brooklands aero screens, tonneau cover and a flying jacket, according to the previous owner. "Ripsnorting" and "Spiffing" are adjectives that spring to mind. Ditch the partner if you're going on a road trip, you're sure to pull a Lothario or dolly bird on the way to Le Mans or Goodwood, just don't get yourself scarf trapped in the rear wheels, leave it your partner to throttle you when you get home. Around three years ago it was sympathetically improved with new carpets, seats and refreshed paintwork. A single pipe sports exhaust and Dunlop chrome wire wheels were also added. V5 present. ULEZ compliant. Any inspection welcome. 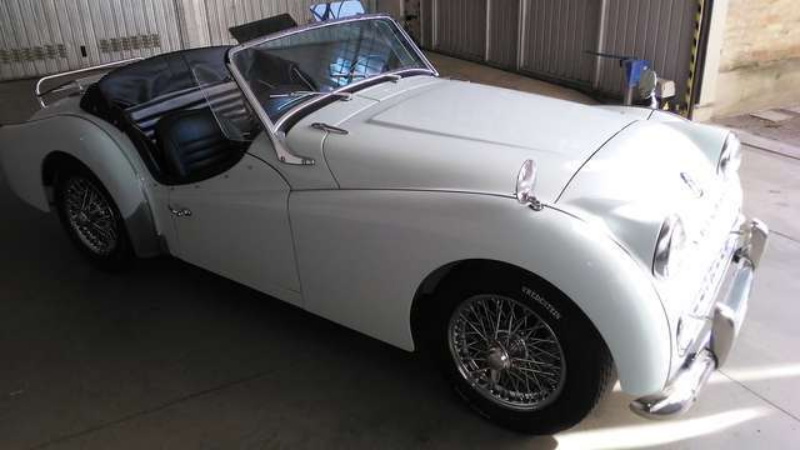 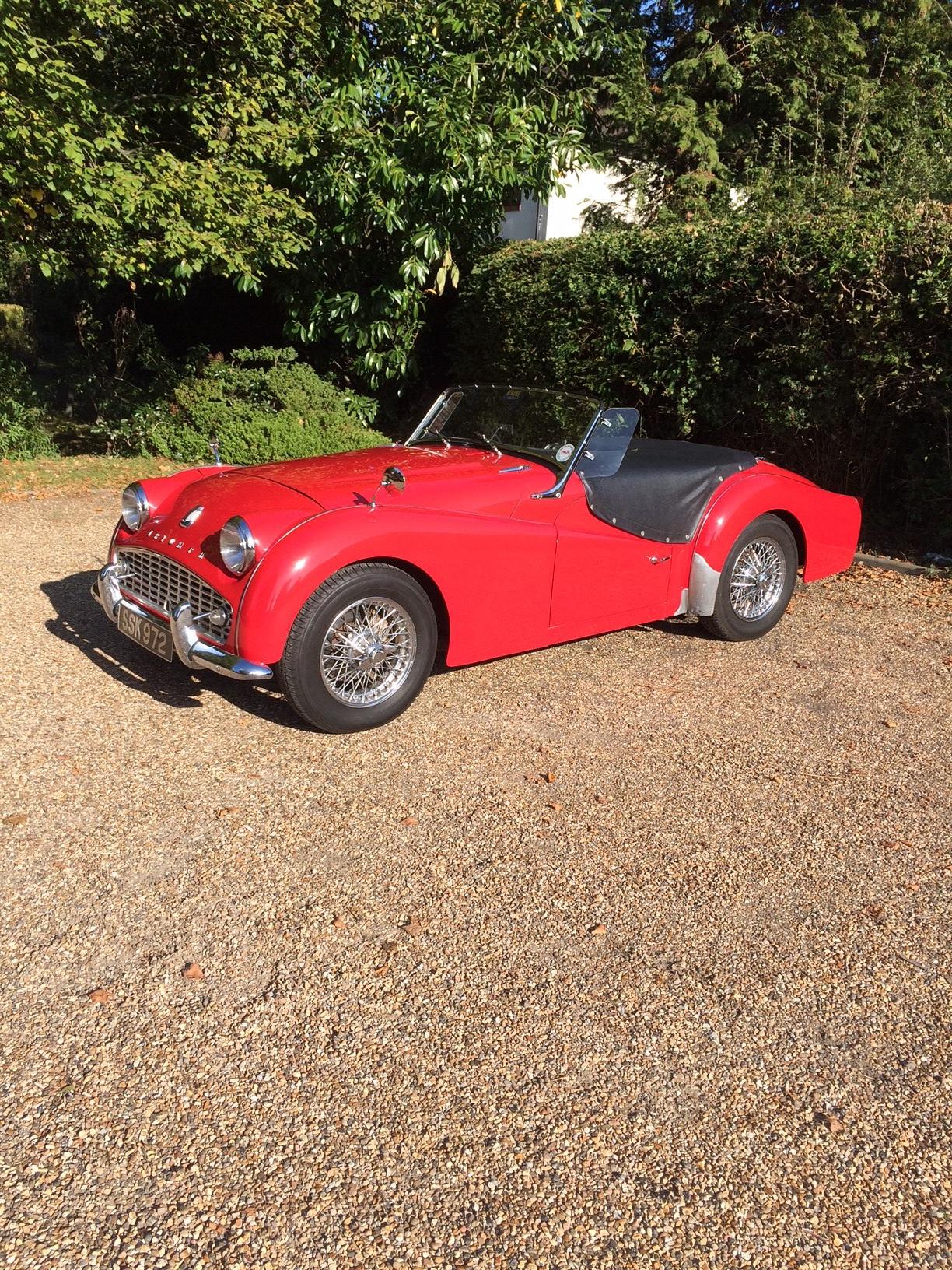