Electric Windows, 15'' Alloy Wheels, Factory Hard Top, Red Mohair Soft Top, Immobiliser, 4 Speed Gearbox with Overdrive, ULEZ COMPLIANT According to the British Motor Industry Heritage Trust Certificate, this beautiful MK1 Triumph Stag - Chassis No: LD/10673-BW and Engine No: LF/10699-HEBW is a 'Matching Numbers' car and was built in Coventry on 20th December 1971 and despatched to British Leyland Distributor Henlys in Euston Road, London on 23rd December 1971. Finished in Triumph New White with a Tan ambla interior and Black canvas Soft Top when built and it also came with an Automatic Gearbox, Seat Belts and a factory Hard Top. It was sold by Henlys to its first registered keeper, Cyril Cobbett of Wimbledon, London SW19 and was registered on February 4th 1972 with its still current numberplate JYK 787K. The car has had 6 former keepers in its near 50 years and there is a fully documented ownership history including DVLA copies of all Registration Documents, a huge number of invoices from British Leyland dealers and specialists, MOT certificates from the early 1980's, its original Passport to Service Book, Drivers Handbook, Workshop Manual, Heritage Certificate, HPI Check Certificate and Stag Owners Club documentation. It has also only covered a genuine and documented 51,266 miles from new! The car was we believe off the road at some point between from 2004 and 2015 as there is no MOT history on the DVLA website for this period, but of course it has been Road Tax and MOT exempt for the last 9 years, but the mileage indicated from new on the MOT in February 2003 was 37,409 (we know this is correct from all the history) and it was 47,741 in May 2019 after it had been restored. It was sold by the last owner to the Triumph Stag Shop in Alvechurch, West Midlands in we believe 2017 and subsequently sold by them to the current owner in March 2018. He commissioned them to fully restore the car and include a conversion from an Automatic to a Manual with Overdrive Gearbox and works carried out included: * A full bare Metal Repaint * Complete underbody repaint * Complete Engine Rebuild with new Pistons, Bearings, Oil pump & Timing Chains * New complete Braking System * Complete new Leather interior including 'T' Bar, Gear Lever gaiter and Handbrake cover * All new Red Wool carpets including Boot area * Centre Consul and Dashboard in Black Leather * New Burr Walnut Dashboard * New Black Leather Mota-Lita Steering Wheel * 5 x Diamond Cut Alloy Wheels with 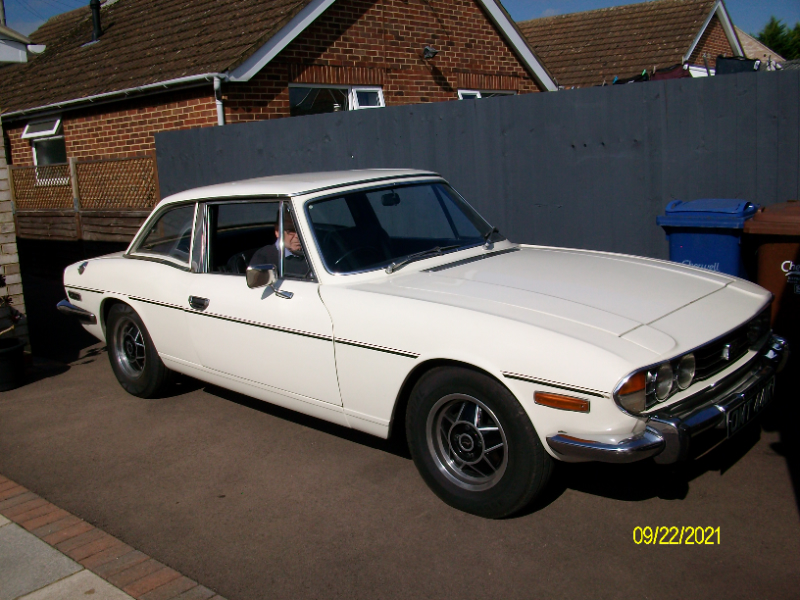 Sponsored Ad
1972
£9,450
TRIUMPH STAG
With very good body and paint, hard and soft tops, could be a very good example with a little TLC...
2
View details 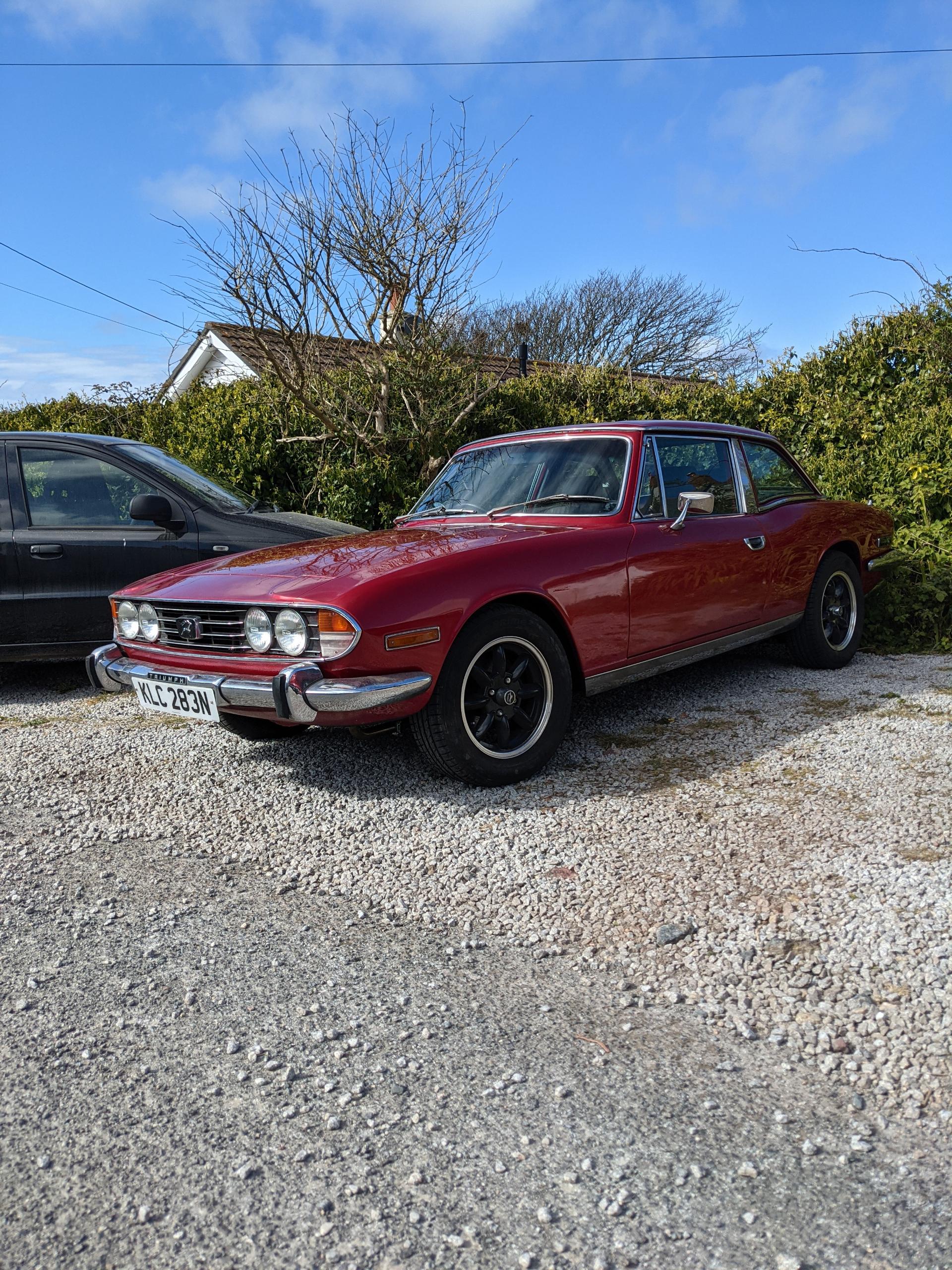 END_OF_DOCUMENT_TOKEN_TO_BE_REPLACED

Sponsored Ad
1972
£9,450
TRIUMPH STAG
With very good body and paint, hard and soft tops, could be a very good example with a little TLC...
2
View details

END_OF_DOCUMENT_TOKEN_TO_BE_REPLACED