A desirable car in terms of configuration, being three-position with wind up windows, making it very versatile, converting from a spacious enclosed four/five seater to a Sedanca de Ville, to a fully open tourer, all with options for windows and division up or down, giving multiple variations. Interesting features include slim bumpers, horizontally and vertically divided windscreen, folding 'B' pillars and window pillars, 'Diver's helmet' rear lamps and a compact rear-mounted trunk. The car was delivered to the first owner in the USA (after an initial spell touring in France, we are told) and remained there until we imported it in the early nineties, since when it has changed little, still in sound condition with an original, correct feel, if a little shabby cosmetically. The file included with the car includes a copy of a letter from the car's original owner dated, we think, 1987, when the car was sixty years old. The engine currently has an unidentified rattle and the car is priced accordingly, but we may well be able to deal with this at a suitable extra cost if you prefer that option. We are open to discussion. Chassis No. GHJ79 Reg. No. SV 4732 Snippets: Munns Millions. The first owner of GHJ79 was the fabulously wealthy Ector Munn (1891/1993) who kept the car until the mid-fifties, GHJ79 was located in Palm Beach and New York. Ectors father Charles died in 1903 leaving a widow & 4 children under 18 years old. Ectors uncle Alexander Ector Orr, was a New York Financier who served on the boards of 29 companies & arranged the financing & construction of New Yorks underground system. The Munn children grew up in a world of unimaginable wealth and their marriages read like a whos who of the time their mother Carrie was the widow & 2nd wife of Joseph Armour (his 1st wife was Carries sister!) Ector & his younger brother Gurnee had married two sisters Fernanda (a wealthy divorcee & Mary Wanamaker - their father Lewis Rodman Wanamaker was a department store magnate & pioneer aviator, the Wanamaker family home of La Guerida in Palm Beach was purchased in 1933 by Joe Kennedy, father of John F Kennedy. The Munn family connections by marriage & blood include members of the following: Banking - Drexel, Meat Packing - Armour, Sugar - Spreckels, Law - Paul, Politics Astor, Publishing Pulitzer and Diplomacy - Ponsonby (Countess of Bessborough). Ector & Fernanda divorced in 1948 with Ector remarrying in December 1955 to Virginia Robinson, this marriage lasted until Ectors death in 1993 at the age of 102! In an interview conducted in February 1987 he was asked to what did he owe his good health, his reply was Having no children to worry about. By a bizarre coincidence we have Charles Alexander Munns (1885/1981) Phantom I 80YC with us.. 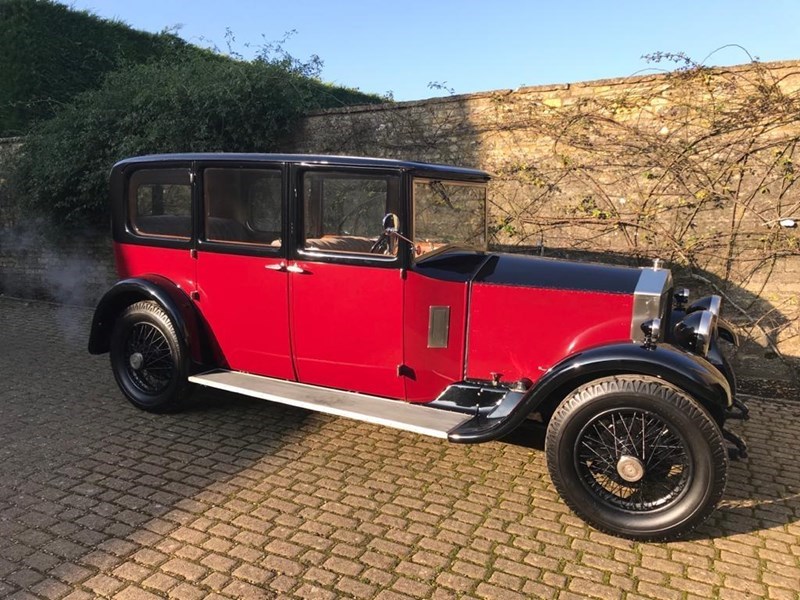