The first half of the 1970s were a turning point for Porsche. Taking the motorsport scene by storm, they introduced the 914/6, 911 S, the 2.7 RS and 2.8 RSR; the replacement 3.0 RS and subsequent RSR and then in 1975, the Type 930 or 911 Turbo as it would be known best. For road cars, however, the scene was different. In the wake of the OPEC oil embargo, manufacturers were battling to meet emissions and ever-stricter safety regulations. The magic of cars had somewhat disappeared. A couple of other manufacturers had introduced some exciting cars in limited quantities; that was all about to change.Whilst Porsche had experimented with turbocharging race cars in the late 1960s, the rules had become stricter and with those, the entry requirements were tougher. Having competed with the turbocharged 2.1 RSR under Appendix 'J' in 1974, the FIA had announced that at least 400 production vehicles would need to be sold within in a 24 month period for the car to be eligible in Group 4 and Group 5 in 1976. Porsche previewed their turbocharged future at Frankfurt in 1973 with the 911 Turbo Concept; a 911 S with a fully functional body kit from the yet-launched 3.0RS, standing apart with turbo script and stripes over both sides.Primarily developed for homologation purposes, the 930 earned the venerable 3.0 flat-six of the 3.0 RS, inheriting some learnings from the cars' (much) bigger brother -- the 917/30 CAN-AM car. The car also earned its nickname from this technology, and the Type 930 was born. The 3.0 earned a single KKK-turbocharger and produced 260hp, or a healthy 60hp gain over the standard 200hp 3.0 Carrera. Part of the homologation stipulations meant that the 1975 Turbo 3.0 was fitted with a 4-speed gearbox, despite a 5-speed available on a lower-specification Carrera. The 4-speed was the only option that could handle the added torque of the turbocharger; a 5-speed G50 gearbox wasn't made available until 1989. The later cars also gained weight and the purest, unadulterated magic was softened over the course of production.This example was supplied new in UK C16 specification but unusually ordered new through Auto Porsche Spain. Although uncommon at the time, several examples were ordered away from their chosen markets. Presumably on holiday at the time of order, this car was registered by Silverdale Refrigerated Bodies of Birmingham; a successful coachbuilder of chilled vans and trucks -- presumably the nature of work providing inspiration for the Grand Prix White bodywork.Hugely sought after, this is one of just 274 first-year cars built in 1975 for the homologation of Porsche's latest turbocharged motorsport endeavours, and as such, this is one of just 27 examples that made it to UK shores that year. As corroborated by the Parabolica Press 911 Turbo book by Ryan Snodgrass, this example was optioned from new with a range of desirable options including full MacLaughlan tartan, electric sunroof, the Blaupunkt Bamberg in addition to the expensive, smaller-radius upgraded 'M395' Pirelli P7 tyres, available only in the first year of production. Such was the change in dimensions, when optioned with P7s, the car was fitted with a different speedometer and gearbox code featured the P7 denomination.With documented ownership from new, this example passed through 6 keepers until its purchase in October 1978 by the owner of Woodkirk Garage in Dewsbury. It would stay in the care of the proprietor, the late Trevor Twaites, until 2004; some 26 years. Whilst Twaites owned the garage, he was throughout the 1970s successfully racing across Europe with a Chevron B8, B16 and B21 in a number of endurance races including the Nurburgring 1000km, Brands Hatch 1000km and Spa 1000km.Twaites sold the car to Jim Cookson, dealer principal of J.J. Cookson Ltd, a main dealership who would retain the car in his family for a further 11 years and the accompanying invoices support the works he carried out during his ownership. Whilst the bulk of the work was carried out in house, there are invoices for numerous parts through the Porsche main dealer network as well as through various specialists. In 2015, the car was sold to its most recent custodian, a large collector in the UK with whom the car has resided since. On a quest to return the car to its former glory, the car has over a five year period benefited from a comprehensive "bare shell" nut and bolt restoration, with all parts either rebuilt or replaced. With fastidious attention to detail, the works even included a full interior retrim, and a complete engine overhaul; the whole restoration costing close to £200,000 and only a handful of miles have been covered since its completion.This fantastic 1975 3.0 Turbo presents superbly as one would expect and is ready to be used and enjoyed as intended as the original owner would have done so nearly 50 years ago. This example is available to view at our showrooms just outside London immediately. 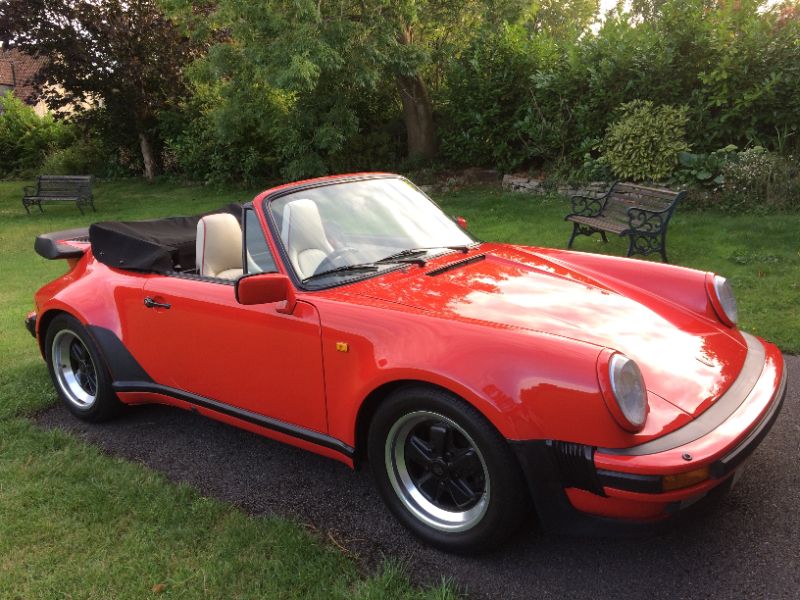 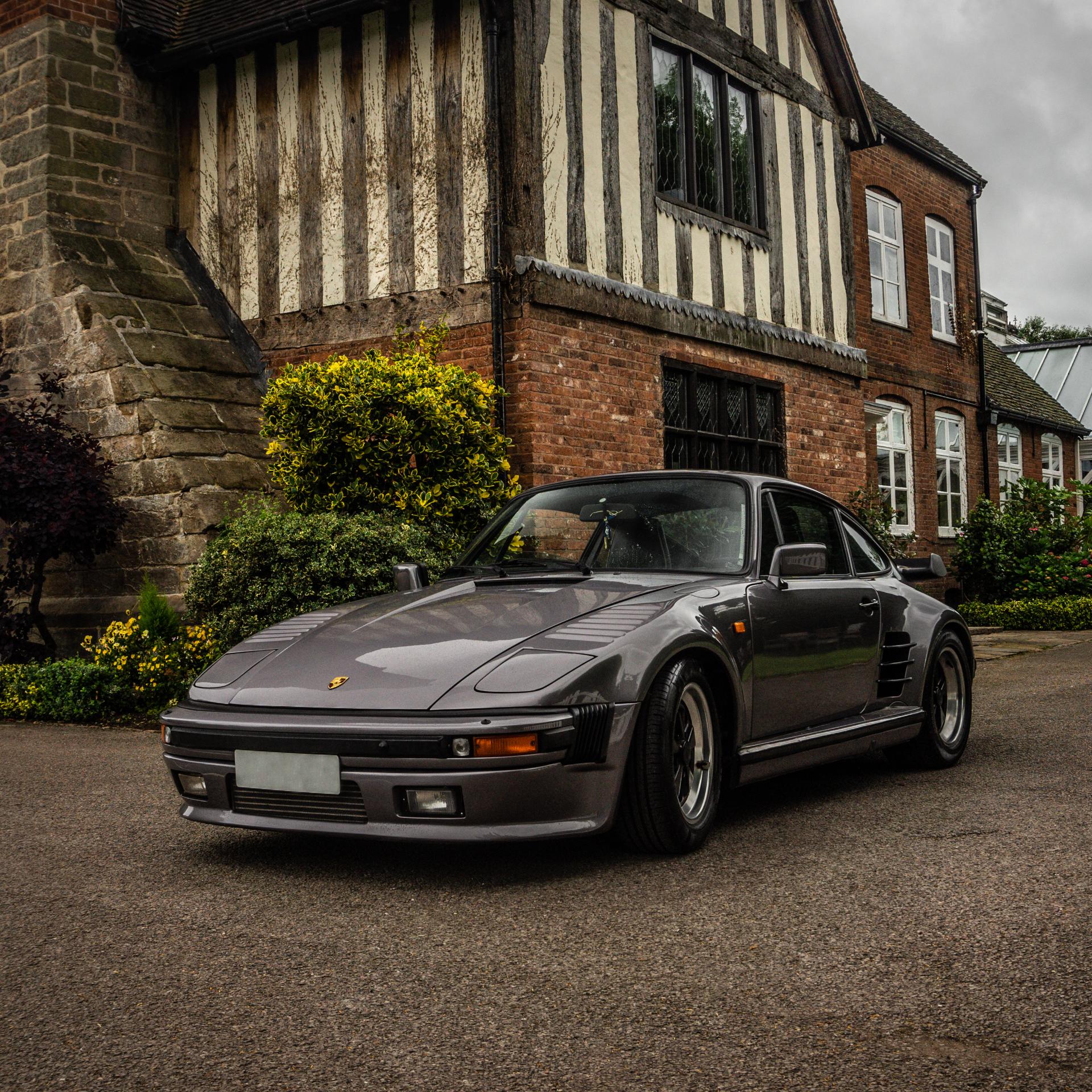 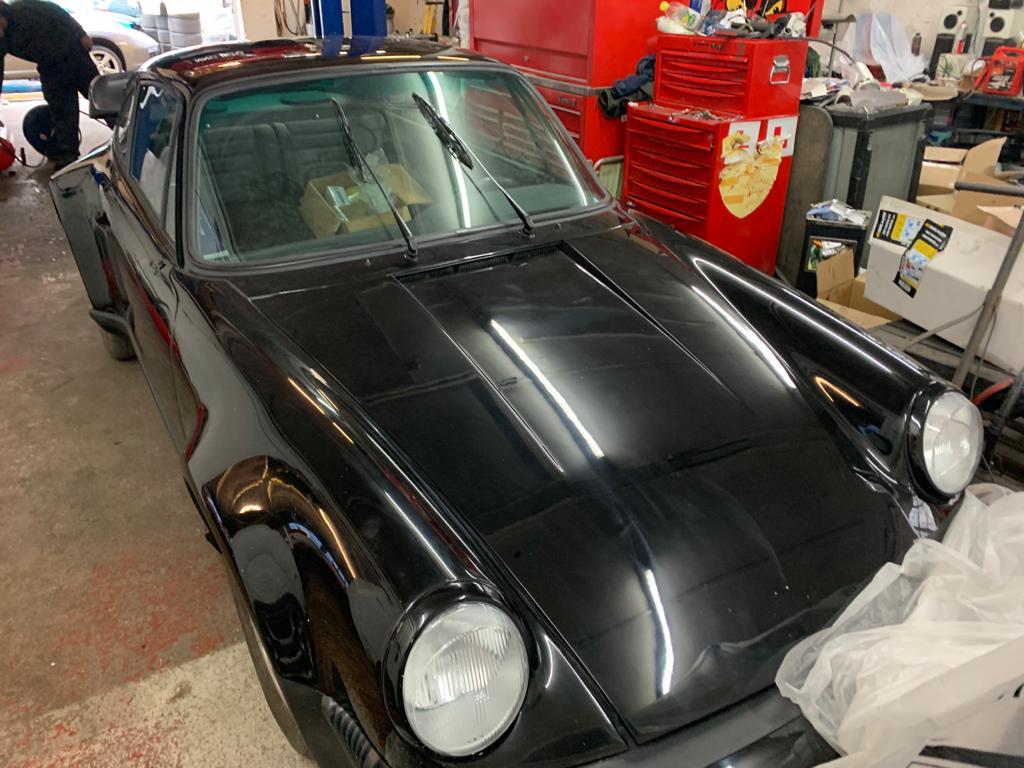 £POA
ASTON MARTIN VANQUISH ZAGATO SPEEDSTER
Zagato speedster
The DB4 GT Zagato, a honed lightweight race car which is not only hugely competitive on th...
END_OF_DOCUMENT_TOKEN_TO_BE_REPLACED
Value your classic Insure your classic Find a classic car dealer Sign up to our newsletter