Stunning attractive 1973 PORSCHE 914/4 In Zambezi green with beautiful as new black leather and Porsche plain green interior. Beautiful example of the 2 door, mid-engine, targa top roadster, manufactured and marketed by Volkswagen and Porsche. The 914/4 became Porsches top seller during its model run, outselling the Porsche 911. Background This 914 was originally supplied to the USA. The car was imported into Belgium during 2007. It was Then purchased by a time served Porsche technician, who went in the rebuild the engine in 2016. I purchased it from the chap in late 2016 and where I commenced and continued its restoration to its current condition. Engine and Gearbox Equipped with the 1700 cc air-cooled flat 4 engine, rebuilt with new heads barrels and pistons in 2016, now running dual Dellortos. (No chokes). Attached to a 5 speed side shift manual gearbox (dogstyle) with renewed linkage bushes and tangerine bulkhead bearing. Some Shifter linkage adjustment may still be required as Its not Been driven since they were fitted at Christmas, due to the salty wet UK roads. New clutch 2016 Bursch exhaust, adds a great rasp to the engine note! The car displayed 16000km on it at purchase now showing just over 21000kms in 2021. I am unable to verify the mileage. Bodywork Bare metal paint in L64k Zambezi green in Q1 2017, Porsche logo script masked and painted and lacquered over, not vinyl decal. Interior Internal floors and inner door stripped and coated with Raptor truck bed liner. Existing seats were professionally stripped and treated to the later style green Porsche plaid with, leather bolsters. Door cards renewed and again covered with the green plaid, giving an attractive Contrast to the interior. New black velour style carpets with 50th anniversary matts. 2.0ltr Center console with Functioning correct clocks and trimmed again in the green plaid. She is fitted with a period retro Bluetooth header unit with discreetly mounted amplifier (With remote)under centre cushion.

Other Classic Porsche 914 Cars for Sale 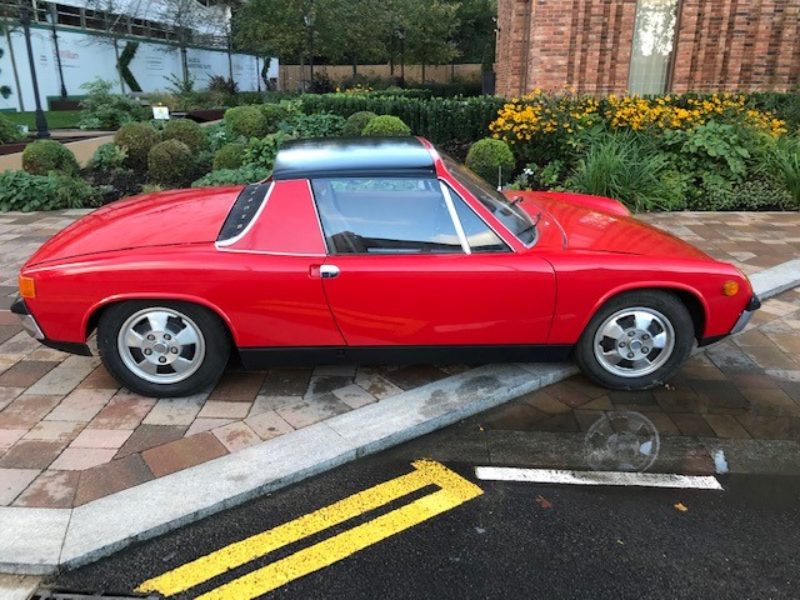 Other Classic Porsche 914 Cars for Sale