Mr Meeks, a market gardener from Gamlingay, bought XMJ 66 for the purpose of teaching his wife to drive. Electric screen washers were fitted, rubber mats specified. However, after a short while trying her best, Mrs Meeks admitted defeat and the Morris was parked up in a wooden barn and only taken out for the occasional fine Sunday afternoon drive and to the local garage for the annual check-up, mot and full oil spray of the underside of the car. This was the routine until the Meeks death. The car was then sold in 1993 by the Executors to a gentleman who took the car by trailer straight to his First registered: 1959. Mileage: Just 12, 387 miles from new! Mothers garage in Torquay and parked up on blocks, covered in rugs. The engine was regularly turned over on the starting handle to keep the oil circulated, but otherwise unused for the next 10 years, until acquired by myself in 2003 at 8, 000 miles. The vendor kindly removed the rugs for my inspection of the car, but would not allow it out of the garage or even start the engine, stating that the (expensive) asking price was fixed and I could take it or leave it without further discussion. The car still wore the original tyres, factory fitted tartan cloth seat covers and the tool kit and spare wheel unused. I changed the tyres for the sake of safety, but the original wheels and tyres come with the car, as do the tartan seat covers. The bodywork, including woodwork, is entirely untouched, never having been welded or painted and drives superbly, in the way a restored car is never quite able to replicate. Arguably the best of the Travellers, being a 1959 model, it has the one-piece windscreen, the very sweet 948cc engine, heavier gauge steel panels, leather seats and higher quality fittings than the later cars. She still wears the original windscreen BMC sticker, has the very rare Sculthorp of London Morris leather key fob and comes with handbook, original sales brochure. 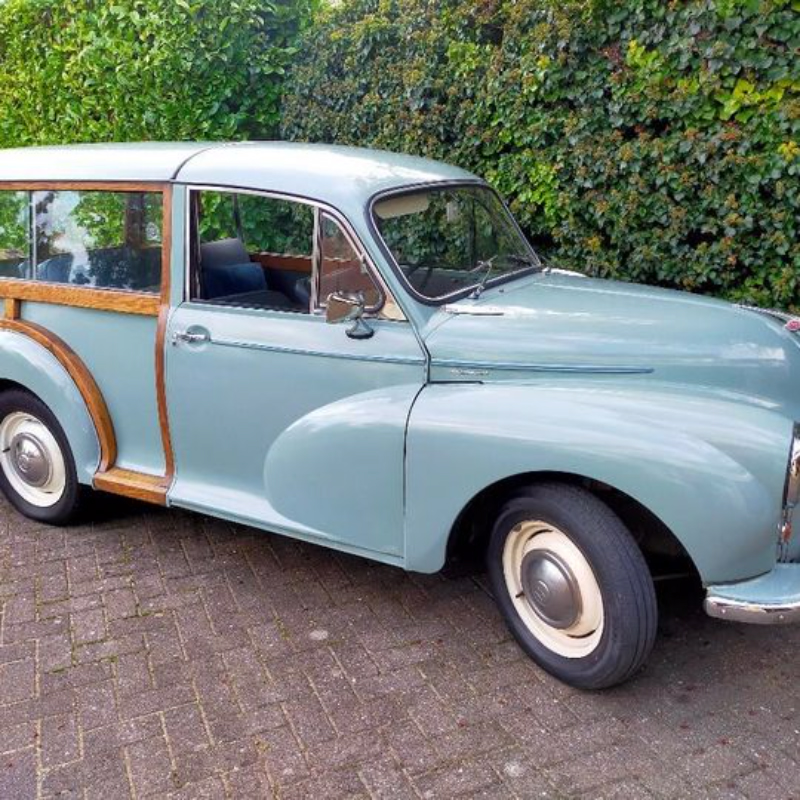 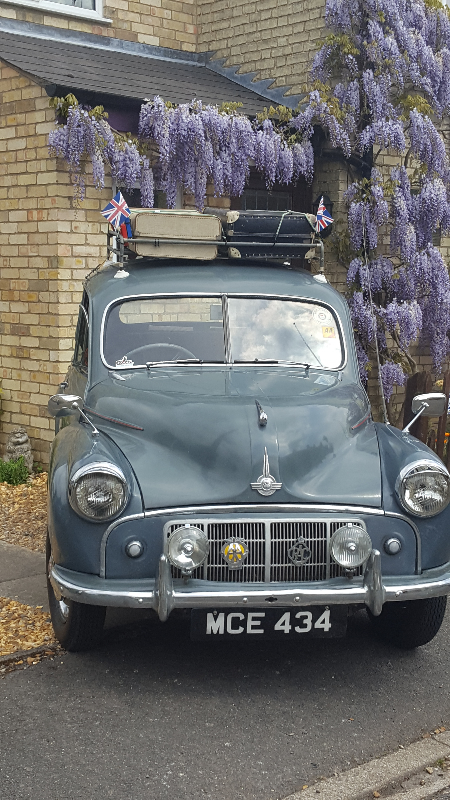 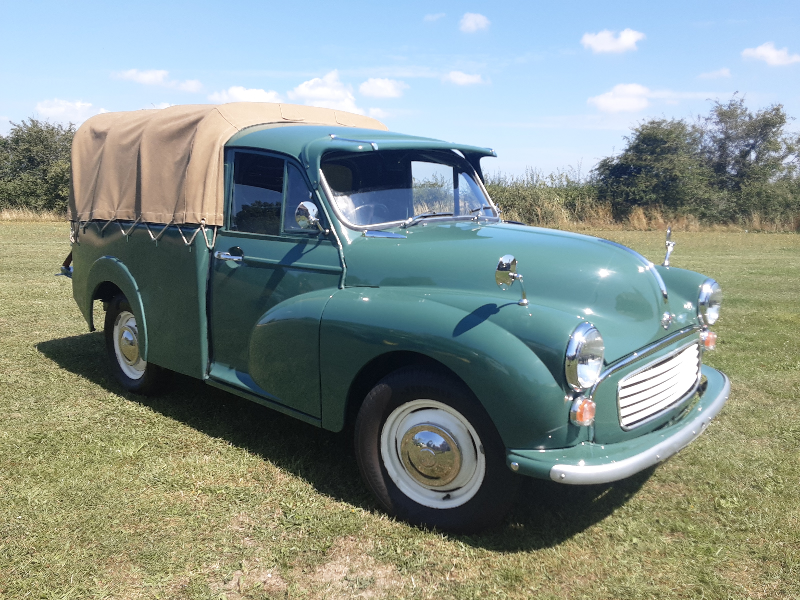 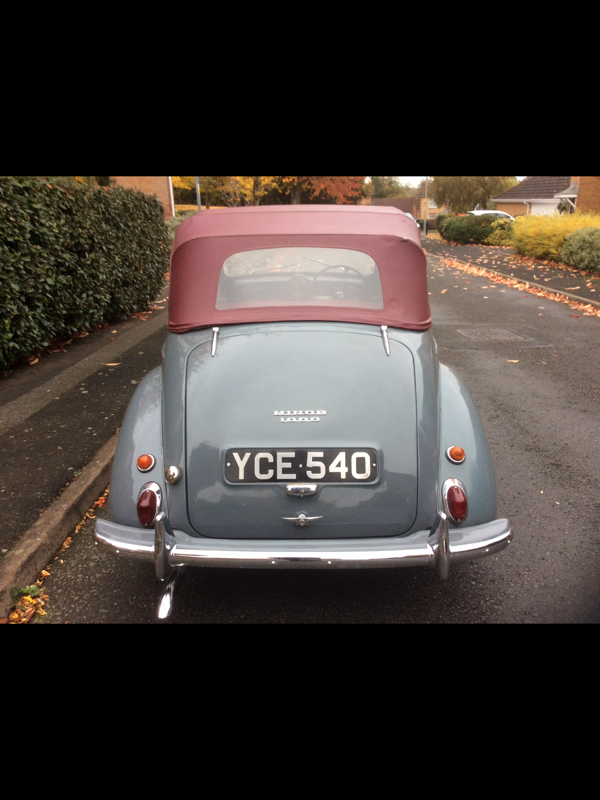