This is only the second MG TB we have had in the last 25 years; they are incredibly rare and sought after with just 379 ever built. Due to the outbreak of WWII production ceased early explaining the reason for such low production and interestingly, this model has the highest survival rate of all the MG T types with over 60% said to still exist. BVG 142 was built in 1939, first registered on the 19th July 1940 and the earliest buff logbook we have dates back to 1956 when the car was Black, as finished today. This MG TB has an interesting history and specification but is also a proven, ultra-reliable 'user' capable of serious mileage and touring as found out when the car arrived with us.Before detailing the cars history, its important to highlight how mechanically strong this car is. The car is far from standard and has been a very capable trials car in recent years making it a particularly quick, T series MG. The car is incredibly robust and was driven 80 miles (when it first came to us in 2020) from the upper Calder Valley over to us in North Yorkshire. Whilst 80 miles is not a huge test for a pre-war vehicle, it was the conditions that really impressed us... The car performed faultlessly, and endured temperatures of over 30 degrees, getting caught in Friday afternoon traffic towards the coast. The journey took a staggering four hours, and the little MG queued along the York bypass over three junctions and several miles. BVG 142 sat in hot temperatures, for several hours and would not falter, in fact when it arrived with us at West Knapton the car behaved like it had had a run round the block, a huge testament to the car and of course this should give the cars next owner real confidence in the reliability of the car.The TB spent late 1950's and early 1960's in and around the London area and in 1968 the car was purchased by the well known Paddy Wilmer who not only was an MG racer, but during the 1990's the editor of the MG Car Club Magazine 'Safety Fast' and author of the book 'MG T Series in Detail- which features the car on pages 63, 64 and 65. Paddy Wilmer bought the car in 1968 in need of restoration and by 1972 had it back on the road, using the car regularly and owning the car for 32 years. The book details the history of the car throughout Paddy Wilmer's ownership. The MG sold in 2004, and after three years of ownership it was sold to a friend who has kept the car for the past thirteen years and carried out some major work to the car.It was purchased in 2007 for use as a Classic Trials car and the first two years were spent preparing the car. In 2009 the TB did its first trial, but it took more time to take the car up to a standard where it could be competitive. In 2010 the TB came 9th in the Association of Classic Trials Clubs Crackington Championship, in 2011 4th, in 2012 3rd and again in 2013 it finished an impressive 3rd place. In total 48 trials were completed between 2009 and 2016, it was first in class 7 times and was in the top 10 overall 8 times. Since 2016 the MG has been sympathetically restored to a standard that allows it to be used as a fast classic road car. Its recent long term owner believes it should be used and driven, as it has been for most of its life and there no doubt this is a car capable of serious driving and touring.Over the last few years the TB has had a new timber frame to the body, a new hood and tonneau and many of the trials modifications have been left on the car to improve usability. The spec is impressive and starts with the engine that is particularly quick. The engine has a later XPAG block bored out to 1370cc, stage 2 cylinder head with polished ports and the last time on the rolling road it recorded 72.3 BHP at 5200 revs and 76.7 lb.ft of torque at 5200 revs. The car features HF4 SU carburettors, an extractor exhaust manifold with external stainless-steel silencer, Trial sump with internal hinged baffles to give constant oil supply when going up or down very steep trial sections. The MG has a Filter King for adjustable fuel pressure, reduction gear starter motor that is required due to the higher compression ratio and a Riley gearbox with lower 1st and 2nd gears. This gearbox is essentially the same as the MG gearbox with different ratios.The rear axle is original, but the differential is from a MKI Escort, and surprisingly it fits perfectly just by moving the studs. The MG also has high strength MG to Escort half shafts, special hub oil seals, dual circuit brakers with twin master cylinders, adjustable pedal box and hydraulic clutch. The steering has been improved with a VW steering box and column, rose jointed track rod ends and the suspension features original springs and telescopic shocks. 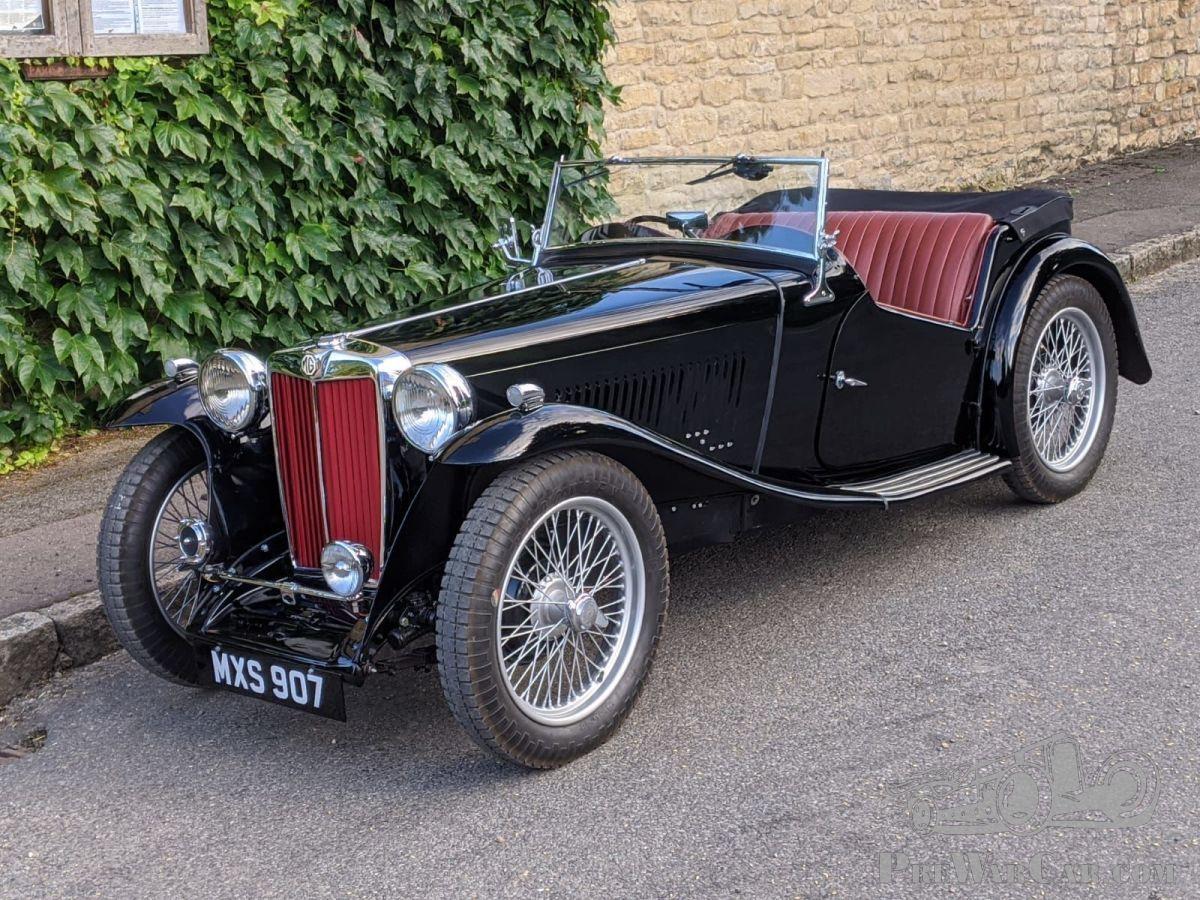 1959
£82,995
JAGUAR XK150
This is an exceptional value, fantastic entry level way into the Jaguar XK DHC market. Thi...
END_OF_DOCUMENT_TOKEN_TO_BE_REPLACED
Value your classic Insure your classic Find a classic car dealer Sign up to our newsletter