Alarm, Black Mohair Soft Top, Mini-Lite style Alloy Wheels, Electronic Ignition, 5 Speed Manual transmission, Kenlowe Electric Fan, ULEZ COMPLIANT This absolutely stunning MGB V8 Roadster started life as an MGB GT which was first registered on December 2nd 1970 and was the donor car for a complete 'nut and Bolt' rebuild using a brand new British Motor 'Heritage' Roadster body-shell with a new Rover 3950cc V8 Engine with Electronic Fuel injection, Rover 5 Speed Manual Gearbox, MG RV8 Suspension + Spax adjustable shock absorbers, new MGR V8 Disc Brakes, an all new Leather interior, new Chromework, new Glass + all new rubber seals and mouldings, new Wiring Looms, all new ancillaries and and sitting on a set of new Mini-Lite style Alloy Wheels with Dunlop Tyres. The list of new parts is endless! The rebuild was started in 1998 by a Mr David Heath from Windsor who used Moorcroft Sports Cars in Warfield, Berkshire to carry out certain works, but unfortunately due to ill heath he was unable to complete the works so he sold the car to a Mr Robert Van Venrooij who was a neighbour in September 2001. He subsequently commissioned M Taylor Coachworks in Slough to complete the rebuild and it was only finally completed 12 years later in 2013. The car was first MOT'd on completion on 17th June 2013 with the mileage on the speedometer reading 29,561 miles and it now reads 29,846, so it has only covered an unbelievable 285 miles since completion. Almost everything on this car was either new or reconditioned and the Heritage bodyshell was purchased from Summit Motors MG Centre in Maidenhead together with a substantial amount of other parts for the car, plus other MG parts suppliers and all invoices are contained in the history file. Well over 25,000 was spent on the rebuild alone without taking into account the cost of the donor car and a considerable amount of labour time from the previous owner. Mr Van Venrooij only drove the car 149 miles before he gave us the car to sell on his behalf in July 2014 as he was re-locating back to Holland. It was sold by us on 1st August 2014 to someone living locally to our showrooms and he put the car into storage as part of his small collection. He has rarely driven the car and has only covered 136 miles in his 7 years of ownership and has now decided to sell his collection, so we now have it back to sell for him. It is finished in a beautiful Jaguar Bordeaux Red Metallic with Beige Leather trim piped in Red, Black carpets, a 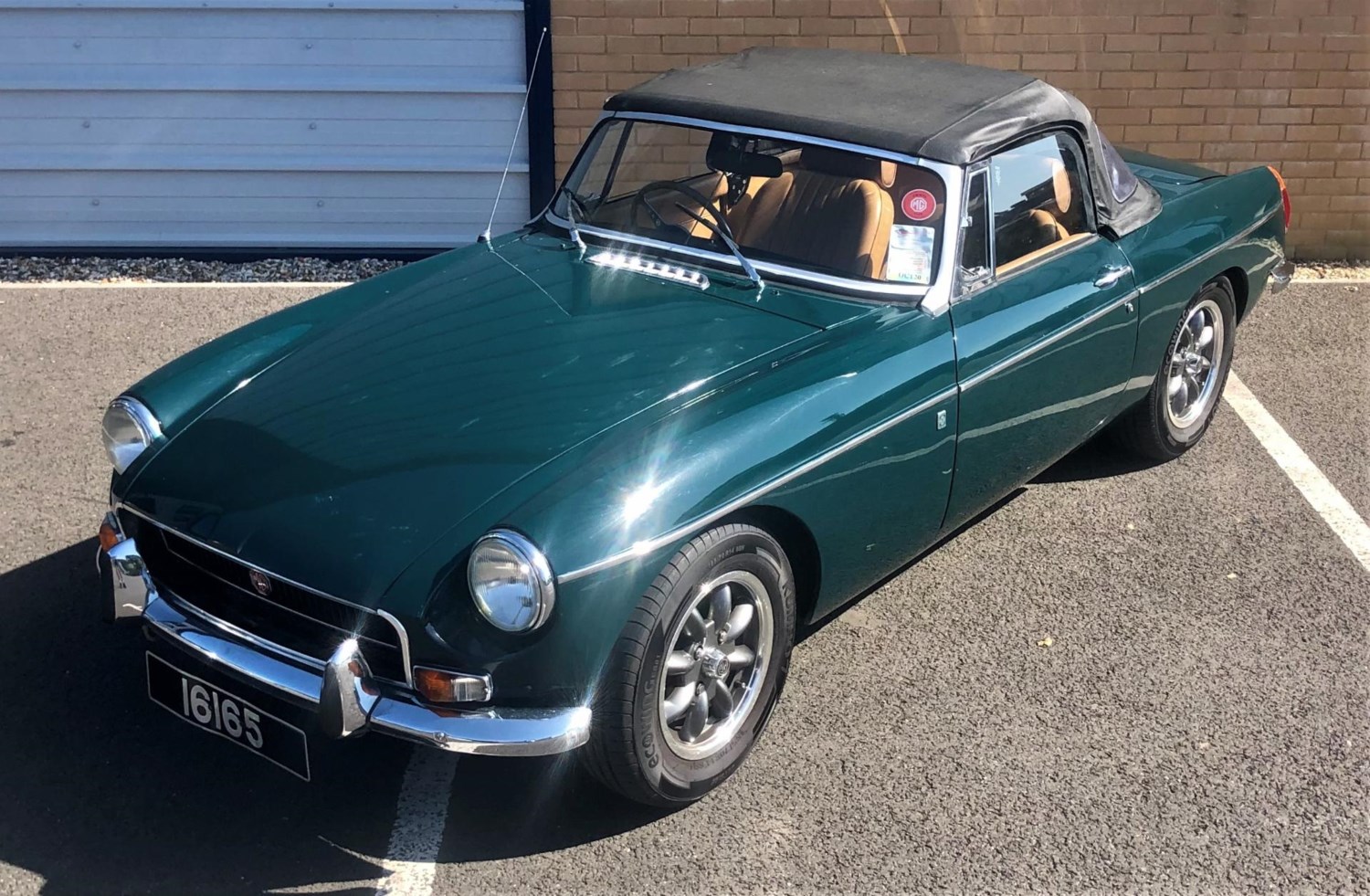