Air Conditioning, 14'' Steel Wheels, Factory Hard Top, Folding Roof, Leather Trim, Front Disc Brakes, Rear Disc Brakes, Power Assisted Steering, Nardi Steering Wheel, 4 Speed Automatic Gearbox, ULEZ COMPLIANT In 1963, Mercedes-Benz debuted an all-new roadster to replace the 190 SL and 300 SL - the 230 SL. The 230 SL 'Pagoda' was a stunning Paul Bracq designed two-seat convertible that followed Mercedes' new design language, featuring crisp lines and upright headlights. To save on weight, the bonnet, door-skins, boot lid, and tonneau cover were all composed of aluminium. The nickname 'Pagoda' was quickly adopted thanks to the slightly concave roof on the optional removable hardtop that resembled a pagoda roof. In 1967, Mercedes introduced the 2.5 Litre 250 SL which was only produced for one year and at the end of 1967 the third and final iteration of the 'Pagoda', the 280 SL was launched and it then became apparent that some cars don't change, they just get better. The 280 featured the same modified W111 chassis with a rear swing axle and independent front suspension and four-wheel disc brakes. Power came from a 2. 8 litre version of Mercedes inline-six and used Bosch fuel injection. A charming model with capable handling and braking thanks to its suspension and all-wheel disc brakes. These roadsters also have one of the most beautiful bodies produced in the 1960s. Thanks to their robust inline-six and their luxurious Mercedes interior, they are wonderful cars to be driven and enjoyed. This stunning LHD Mercedes-Benz 280SL is a 'Matching Numbers' car and was first registered in New York City on the 27th April 1970. The car is finished in Grey Blue Metallic (906) with Parchment MB Tex trim (255) and has a Blue Mohair Soft Top and matching Pagoda Hard Top in Grey Blue Metallic, optional factory rear seat or jump seat, its original 2.8 Litre Engine, 4 Speed Automatic transmission, four-wheel disc brakes, aftermarket A/C, power steering, an in-dash Blaupunkt AM/FM/SW, and a Sony radio mounted below dash on the left hand side. The car was repainted approximately 15 years ago and the interior was refurbished in 2017 with the correct contrasting factory colour of Parchment MB Tex and the wood trim on the dash and centre console was refurbished. The car comes with its original steering wheel, Owners manual, Literature, a tool kit and jack, a copy of the data card and service records. The current recorded Mileage of 92,600 is reported as being its ac 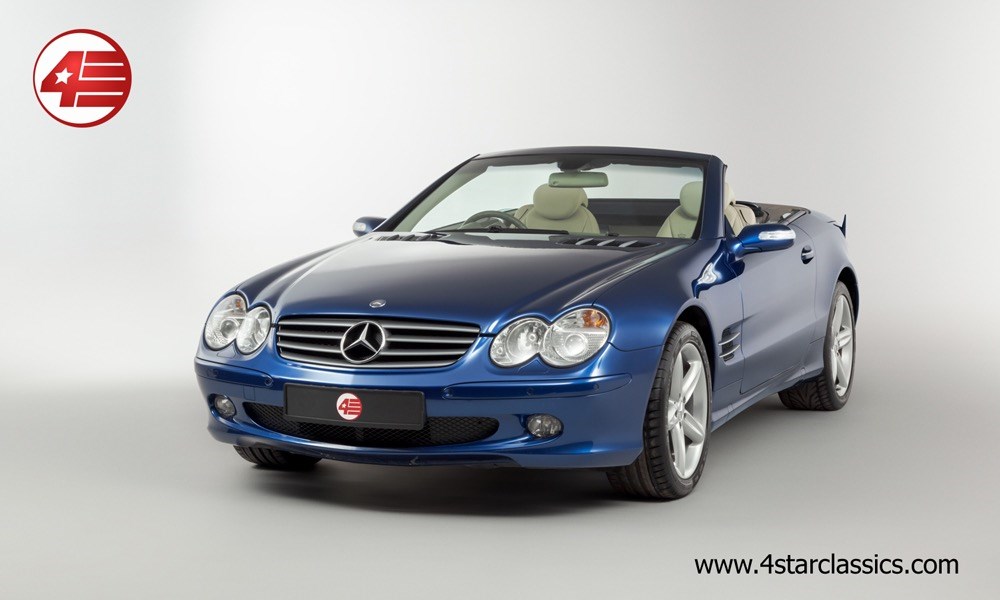 1989
£39,995
MERCEDES 300 SL SPORTS
Sl sports
This beautiful R107 series Mercedes 300SL was one of the very last cars to be built by Mer...
END_OF_DOCUMENT_TOKEN_TO_BE_REPLACED
Value your classic Insure your classic Find a classic car dealer Sign up to our newsletter