Air Conditioning, Alarm, Electric Windows, P.A.S., Sat Nav, Steering Wheel Controls, SkyhookElectronic Suspension, 18'' Alloy Wheels, Electric Folding Roof, ABS Bakes, Multiple Air Bags, Stereo Radio/CD Player, Traction Control, Central locking, F1 Gearbox, Paddle shift controls The Maserati Coup and Spyder (Tipo M138) are a series of grand tourers produced by Maserati from 2001 to 2007 and both are commonly referred to as the 4200 GT, which is an evolution of the prior model name (3200 GT) and a reference to the increase in engine displacement from 3,217 cc to 4,244 cc. The Coup and Spyder were both designed by Giorgetto Giugiaro of Ital Design and both models were built at Maserati's Viale Ciro Menotti plant in Modena, Italy with 13,423 cars produced before being replaced by the GranTurismo in 2007. The Spyder was first unveiled to the public at the Frankfurt Motor show in 2001 and almost as soon as it was introduced, the Spyder was selected by Forbes magazine as the 'Best GT' for 2001. The Spyder is a very safe car too, featuring roll-over bars behind each seat as well as the same range of dynamic aids and interventions as the Coup. The roof is also deployed electronically for extra style points, taking around 30 seconds each to furl and unfurl. Lowered, it tucks behind a very neat metal cover, giving a clean look to the Spyders lines. Both models feature Brembo Disc Brakes on all four corners and a light alloy double-wishbone suspension system, including the wonderfully named & well regarded Skyhook computer-controlled damping system, which was available as an option. Featuring coil-over suspension units and no fewer than six accelerometers, the onboard computer analyses this feedback 40 times a second and co-ordinates it with the Cambiocorsa transmission. Maserati sold considerably more of the F1-inspired Cambiocorsa semi-automatic cars (about six-to-one, in fact) largely because it shuffles the ratios very satisfactorily and suits the cars grand touring nature very well. All in all, these cars are fantastic value for money at the moment and prices will surely increase when you consider they have Ferrari engines! Supplied new by Lancaster in Colchester and first registered on 31st January 2002 this lovely Maserati Spyder 4.2 V8 Cambiocorsa Automatic Convertible is finished in the beautiful Mediterraneo Blue Metallic with Beige Leather trim, Blue Mohair Soft Top, F1 Gearbox With Pad 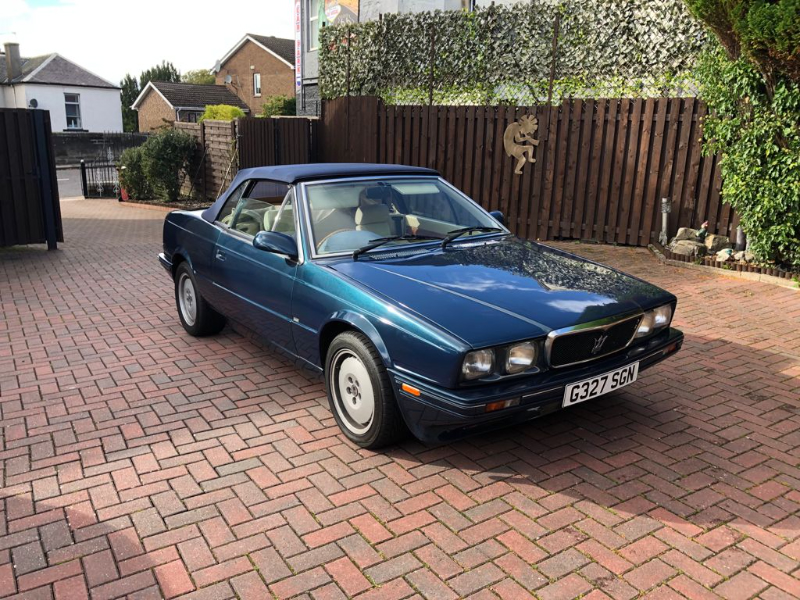 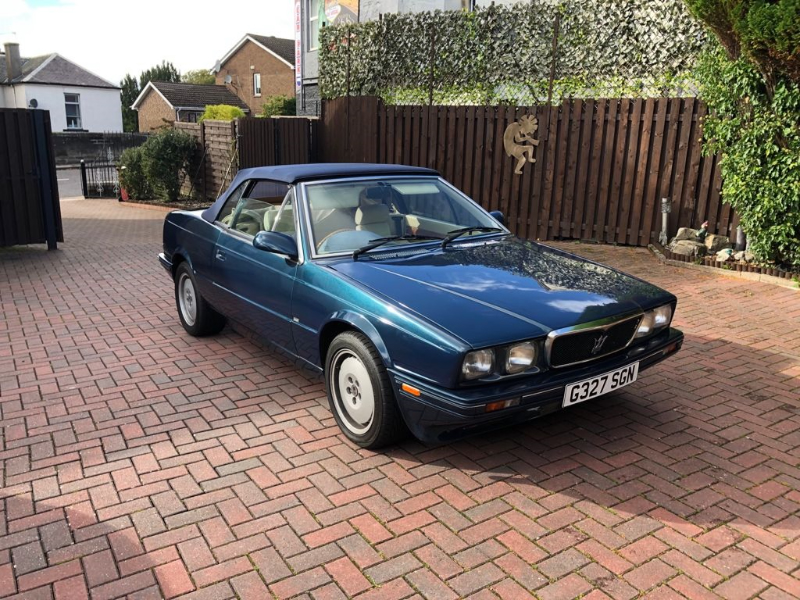