The Ghibli was first unveiled as a 2-seater concept car at the November 1966 Turin motor show Its steel body, characterized by a low, shark-shaped nose, was designed by a young Giorgetto Giugiaro, then working at Ghia. The car featured pop up headlamps, leather sports sets and alloy wheels. Two rear seats were added to the production model, allowing the Ghibli to be marketed as a 2-door 2+2 fast back coupe. Deliveries started in March 1967.[3]The car was powered by a quad cam 4,719 cc (4.7 L; 288.0 cu in) dry sumo V8 engine mated to a five-speed ZF five speed manual gearbox. The engine had a power output of 310 PS (228 kW; 306 hp). It had a 0-97 km/h (60 mph) time of 6.8 seconds and a top speed of 250 km/h (155 mph) claimed.It is not clear exactly how many of this first generation Ghibli were made but here we have chassis number AM1151730 first registered 1970 with just one previous UK owners.The car has a very large and comprehensive history file with a number of invoices from ourselves dating back to 2006 and before.Works include a full re paint, mechanical repairs including engine rebuild and numerous other works.The car has since resided in a private collection were it has only covered some 4000 miles in the last 20 years. This being supported by all old MOT certificates being present in the file. 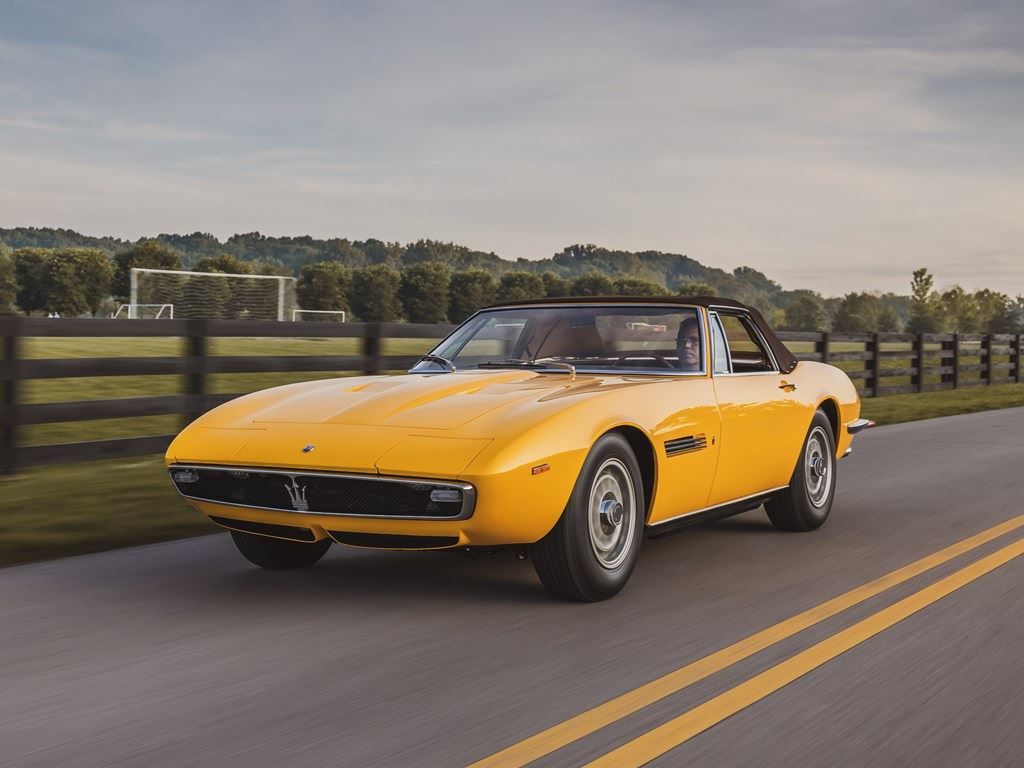 £24,950
MG B
Fully restored and finished in the classic colours of tartan red with black trim, the car ...
END_OF_DOCUMENT_TOKEN_TO_BE_REPLACED
Value your classic Insure your classic Find a classic car dealer Sign up to our newsletter