This lot will be auctioned via Silverstone Auctions, The Classic Sale at Silverstone 2022 on Friday the 26th of August - Saturday the 27th of August, The Wing, Silverstone Circuit, NN12 8TN. Launched as the upmarket equivalent to the Land Rover in 1970 the Range Rover’s interior was somewhat behind that found in the contemporary Austin Maxi, at half the price. Interior refinements were added incrementally and it is perhaps inconceivable that a leather interior was only first introduced as an option in 1988! By the 1990s however it was clear that the smart money, both old and new, saw the Range Rover as a dual-purpose, luxury motorcar.   The Autobiography Scheme was launched at the London Motor Show in 1993 and for the first time buyers could specify their Range Rover, available only as the long wheelbase 4.2-litre LSE, in any colour and interior trim they chose. Demand far outstripped supply and it was decided to limit the Autobiography option to just 25 cars, for the simple reason that there weren’t enough bare-shell LSE models available. Many retail-ready LSEs were re-painted and re-trimmed at Land Rover’s Special Vehicle Department, leading to production delays, late deliveries and cancelled orders. Leaving the production line in 1994 as an LSE in Beluga Black, this very special car was sent for Autobiography upgrades on the 7th February 1995 and re-finished in British Racing Green, with magnolia leather and fitted with a TWR body kit, a precursor to the Brooklands body kit of the later soft-dash Range Rover.   It caught the eye of our vendor, Mrs Cook, who convinced her husband to exchange their bright red, six-month old, Autobiography for this car, a far classier alternative and benefitting from the same exclusivity. As lifelong Tottenham Hotspurs fans, the private registration number “L15 PUR” was applied to the car on the 12th October 1995 and is included in the sale, preserving the car’s history. The Range Rover was used regularly by our vendor’s late husband but, and despite meticulous in-house care and maintenance, the usual issues commonly found with the Classic started to show by 2006. It was then used sparingly until taken off the road in 2011. Easing into part-retirement Mr Cook now saw his beloved Range Rover as a restoration project worthy of his time and money.   What followed was a seven-year odyssey involving expert structural and panel works, meticulous cosmetic preparation and specialist mechanical attention leading to significant improvements. The accompanying photograph album shows the thorough preparation and painstaking re-assembly of the Range Rover, a standard so high that it was often trailered to classic car events and mirrors placed underneath. The full schedule of works is simply too vast to include but in brief we start with the chassis which was shot-blasted, powder-coated, primed, hand sanded, primed again, painted black and lacquered. The bodyshell received remedial attention, replacement sections added where necessary with Waxoyl rust-proofing treatment to all vulnerable areas. The body panels were either shot-blasted or hand sanded back to bare metal and laboriously prepared for the several stages of painting.   The axles were shot-blasted and thicker diff pans were welded on whilst new bearing housings and swivels were fitted. The braking system received new EBC discs, ventilated and grooved up front and grooved to the rear, whilst the callipers were rebuilt using stainless steel pistons. Specialist attention was directed to the air-suspension with new air springs fitted together with Koni dampers whilst “unobtanium” parts were manufactured specifically. The gearbox and torque converter were overhauled by the noted Midland Automatic Transmissions of Kettering. Mr Cook commissioned ADR Performance Engineering of Northampton to rebuild the engine with instructions to improve performance. A Tornado tune and ECU remap combined with forged pistons, reground crank, larger inlet valves and a Piper camshaft increased the brake horsepower to 265, a substantial increase from the standard 200bhp. Twin Kenlowe fans keep things cool and modern Bosch fuel-injectors have vastly improved start up and tickover. Ceramic-coated stainless steel headers replaced the cast-iron exhaust manifolds and the rest of the exhaust system was naturally upgraded to stainless steel.   The sound-deadened interior was refreshed where necessary, inevitably receiving a new headlining, whilst the most significant upgrade saw dashboard and door caps stripped of their basic veneers and re-veneered with symmetrically cut American Burr Walnut, coated with multiple layers of polyester lacquer. Nationwide Trim not only supplied the headlining but also supplied new carpets with green over-mats piped in magnolia leather which matched the leather now covering the A, B and C pillars. Non-standard additions include new dark green webbing for the seatbelts, professionally fitted sound system and front and rear parking sensors. The extensive history file includes handbooks, service book, invoices, photographic record of the restoration and a copy of the Land Rover Owners International magazine from January 2019 which features this Range Rover’s restoration in far greater detail and poignantly showcases Mr Cook’s pride in his achievement.   A Range Rover LSE is a rare car today, an early Autobiography is rarer still, very few come direct from 27-year family ownership and anyone wishing to replicate this superb restoration would need to budget at least £100,000, an estimate on file quotes £120,000. Offered to auction at a keen guide with a fresh MOT and a largely immaterial odometer reading of 106,698 miles at the time of cataloguing. We welcome and encourage your inspection of this remarkable Range Rover. 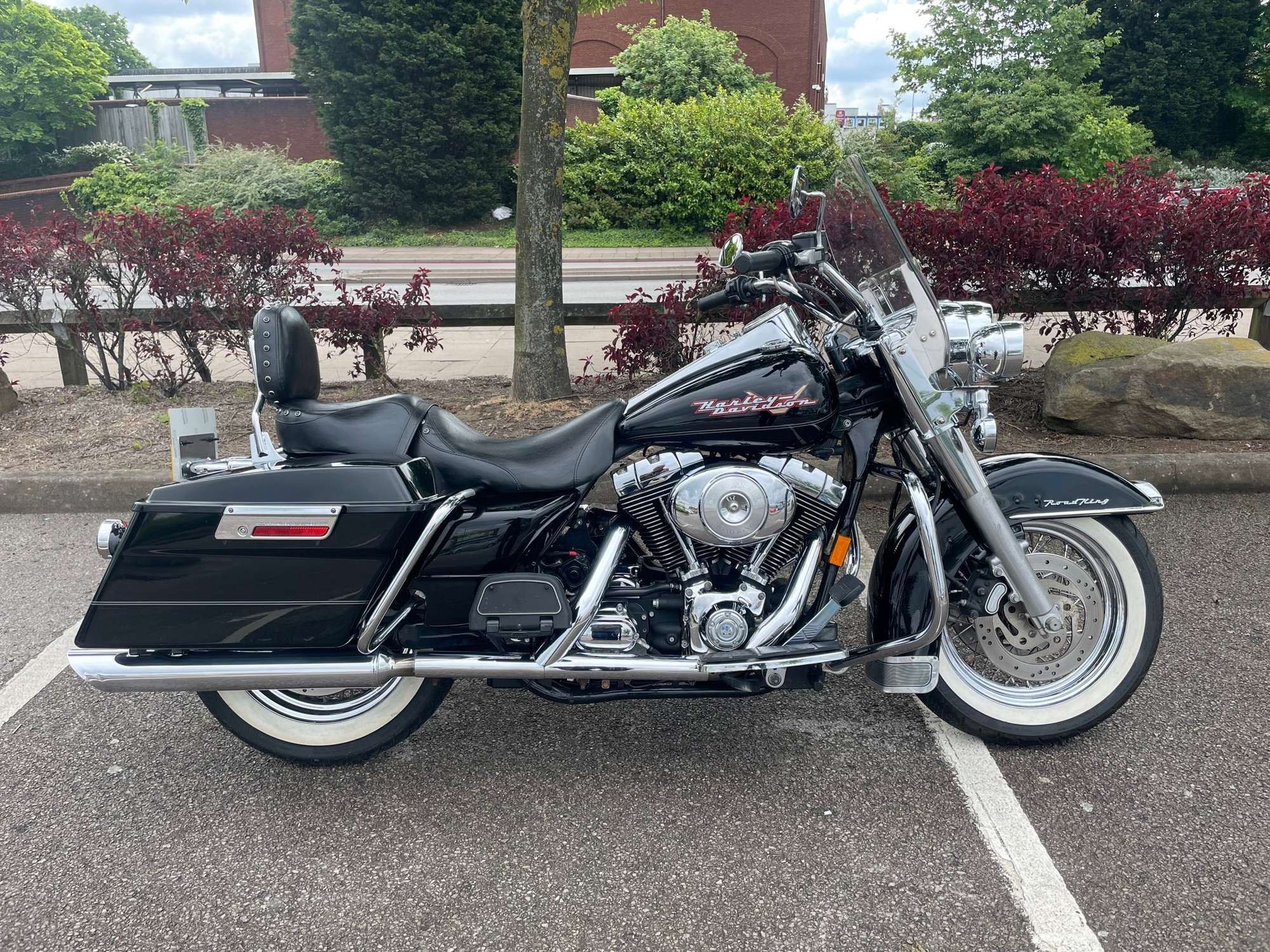 2019
£7,000
HARLEY DAVIDSON FLHR ROAD KING FLHR (03MY)
Flhr (03my)
This lot will be auctioned via Silverstone Auctions, The Classic Sale at Silverstone - Mot... 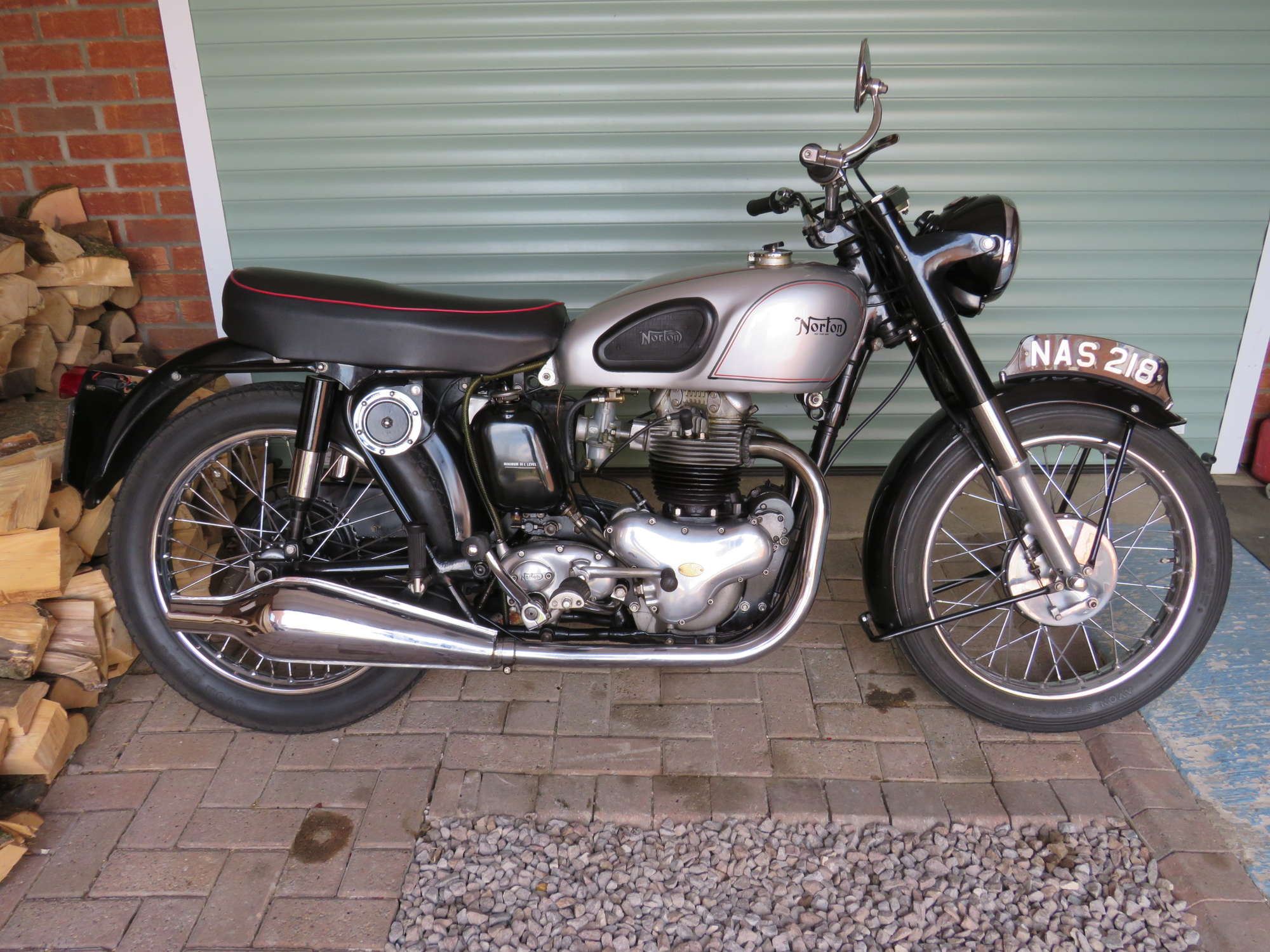 1953
£6,000
NORTON MODEL 7 DOMINATOR 500CC DOMINATOR
Dominator
This lot will be auctioned via Silverstone Auctions, The Classic Sale at Silverstone - Mot... 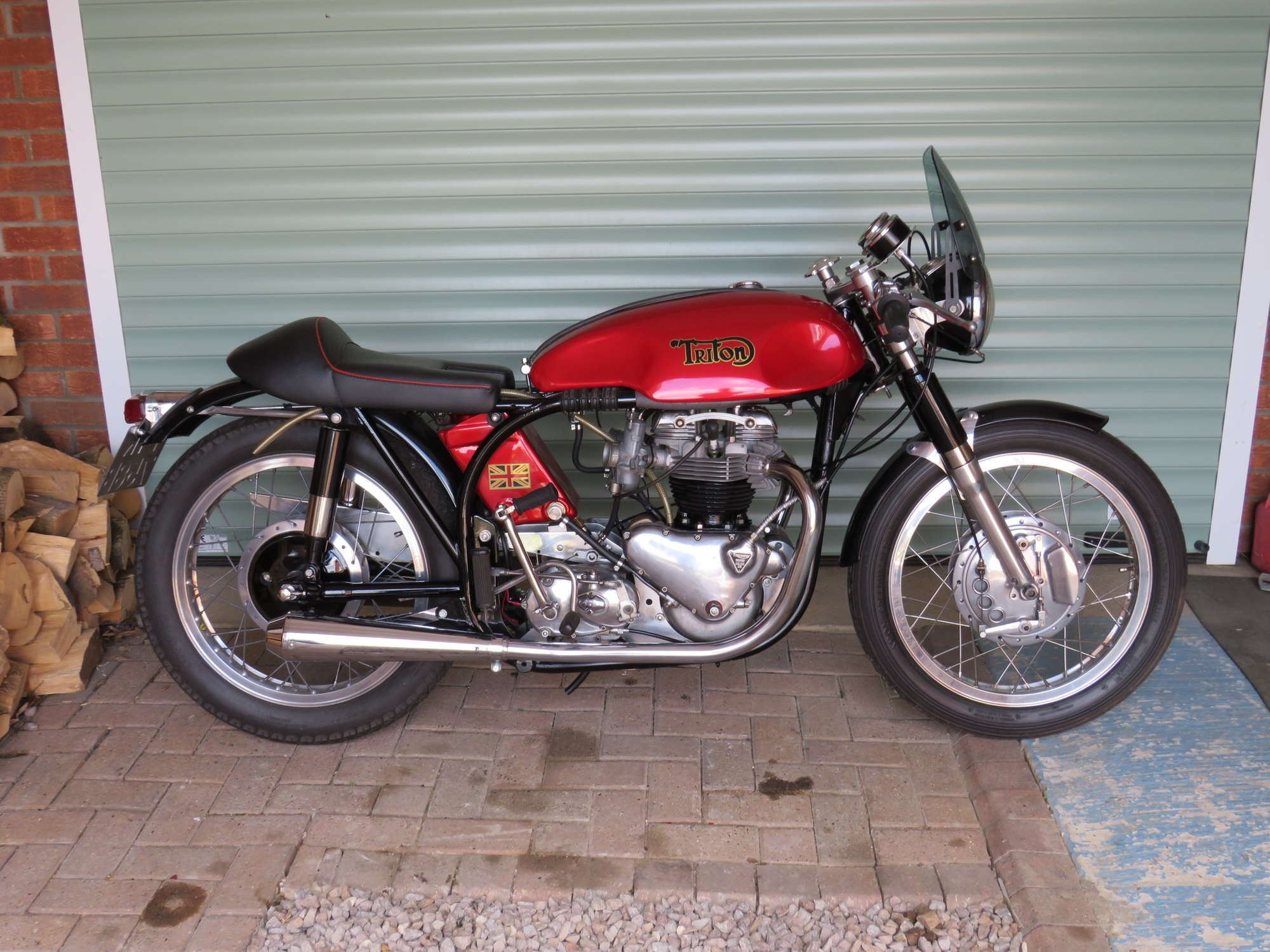 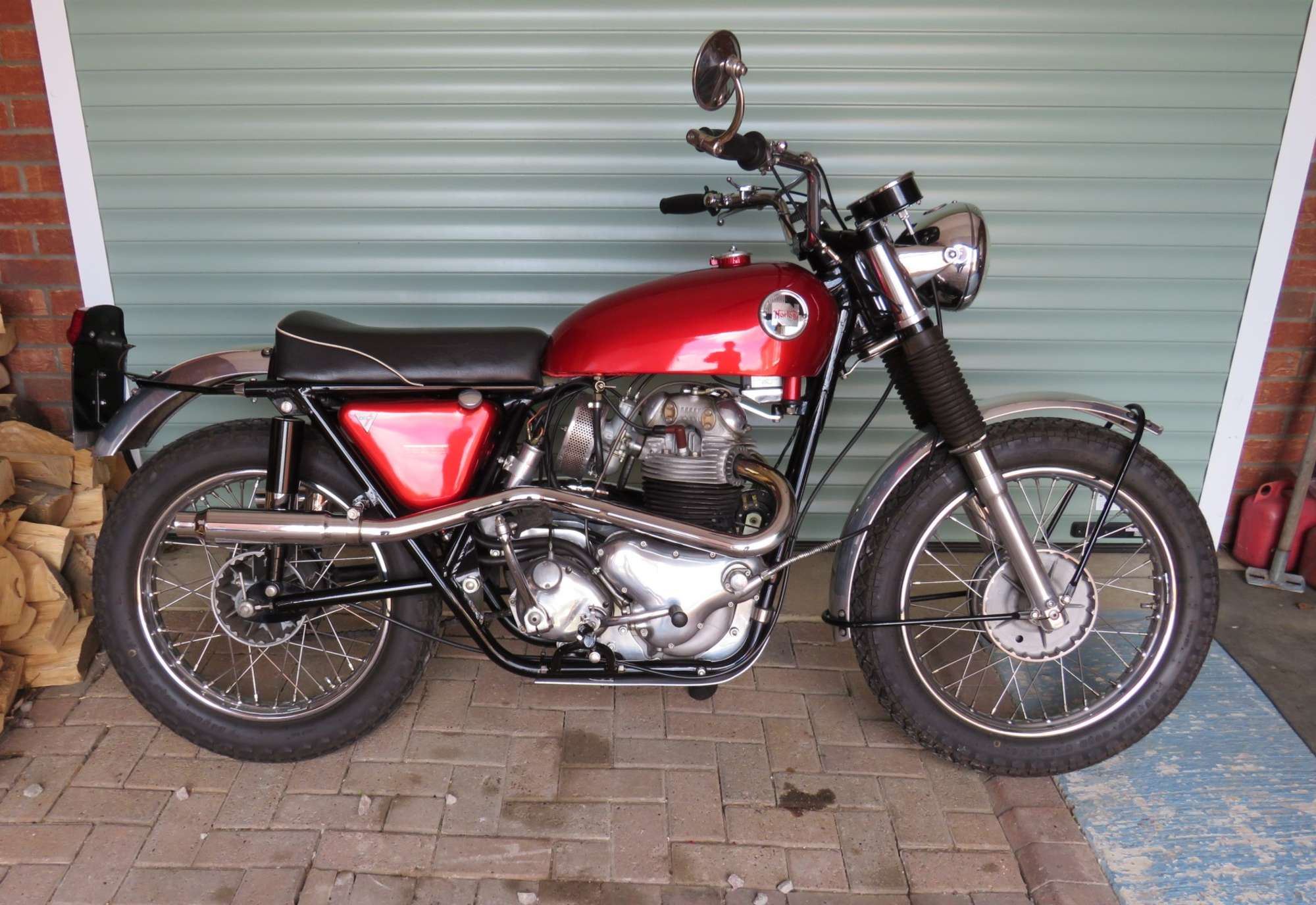 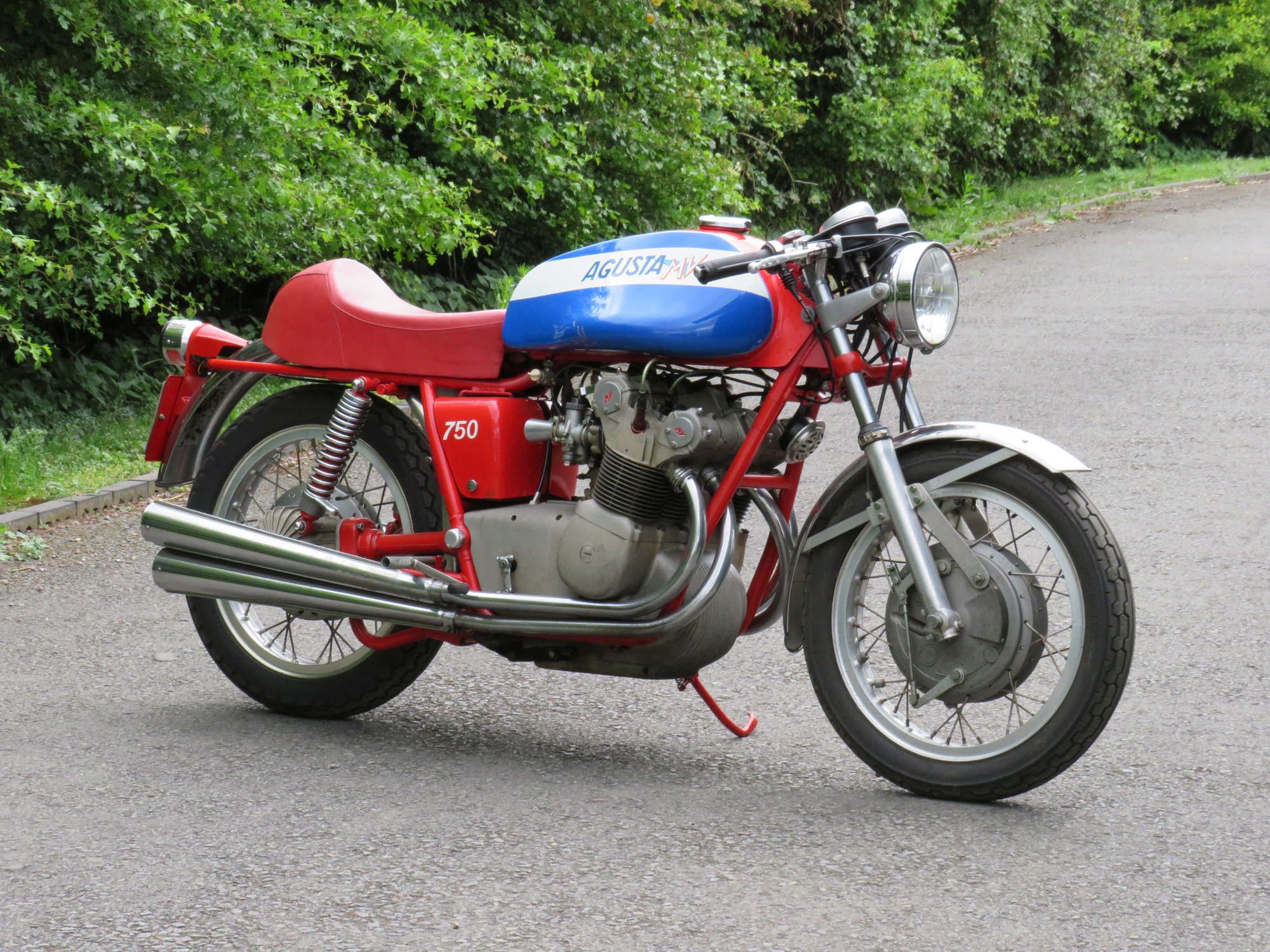 £60,000
MV AGUSTA 750S F4 750S
F4 750s
This lot will be auctioned via Silverstone Auctions, The Classic Sale at Silverstone - Mot...
END_OF_DOCUMENT_TOKEN_TO_BE_REPLACED
Value your classic Insure your classic Find a classic car dealer Sign up to our newsletter