When Group B was canned at the end of the 1986 season, Lancia needed a production-based alternative to turn to. The Giorgetto Giugiaro's Italdesign penned Delta had been launched in 1979 and although briefly running as a narrow body car in the 1987 Championship- it won- it was the widened track, Integrale from 1988 that is remembered so favourably. The Delta would go on to take 6 Constructors' Championships, 4 Driver's Championships and 44 wins overall between 1987 and 1991.The first Evoluzione in late 1991 brought with it a wider track, a remapped 16v engine and an Alcantara interior. The Evoluzione II was introduced two years later. The revised turbocharger meant that despite the addition of a catalytic converter, power was still up. The Evoluzione II was the base for a number of special edition cars until production ended in 1995.Based on the Evoluzione II, the Edizione Finale is one of the rarest and most sought after Intergrales. Built solely for the Japanese market, it was a limited run of 250 cars in Rosso Amaranto. It was the highest specification Delta and featured a number of options not seen on other cars. The centre stripe was added in the HF colours, Turin Yellow and Blu. The car received an OMP passenger footrest and both front and rear strut braces, lowered Eibach springs, Anthracite grey 16'' wheels and a reworked engine management system taking the car to 215bhp. Inside added a silver shroud for the dials, carbon fibre accents and a dashboard-mounted, push-button start.Used ever so sparingly by its original owner, the car was exported to Belgium in 2008. It was purchased by its sole UK keeper in 2009, although the car didn't receive its UK registration until 2011. Since then, the car has remained within two purpose-built storage facilities. The car has remained SORN during this time. In February 2020, the car visited renowned Delta specialist, Walkers Garage Ltd in North Yorkshire, close to where this car has lived.Walkers carried out a full service on the car, including a cambelt service, a new battery and a new fuel pump. The old fuel was drained and both fuel filter and spark plugs were changed at this time.Since then, the car has once more remained in secure storage. Today this example presents with 5,550 kilometres. The interior presents as one would expect for a car of this mileage, with no wear visible on the seats nor bolsters; the interior plastics are unmarked.This fantastic Final Edition, the ultimate evolution of the desirable and sought after Delta shape is available to view at our showrooms outside London immediately. 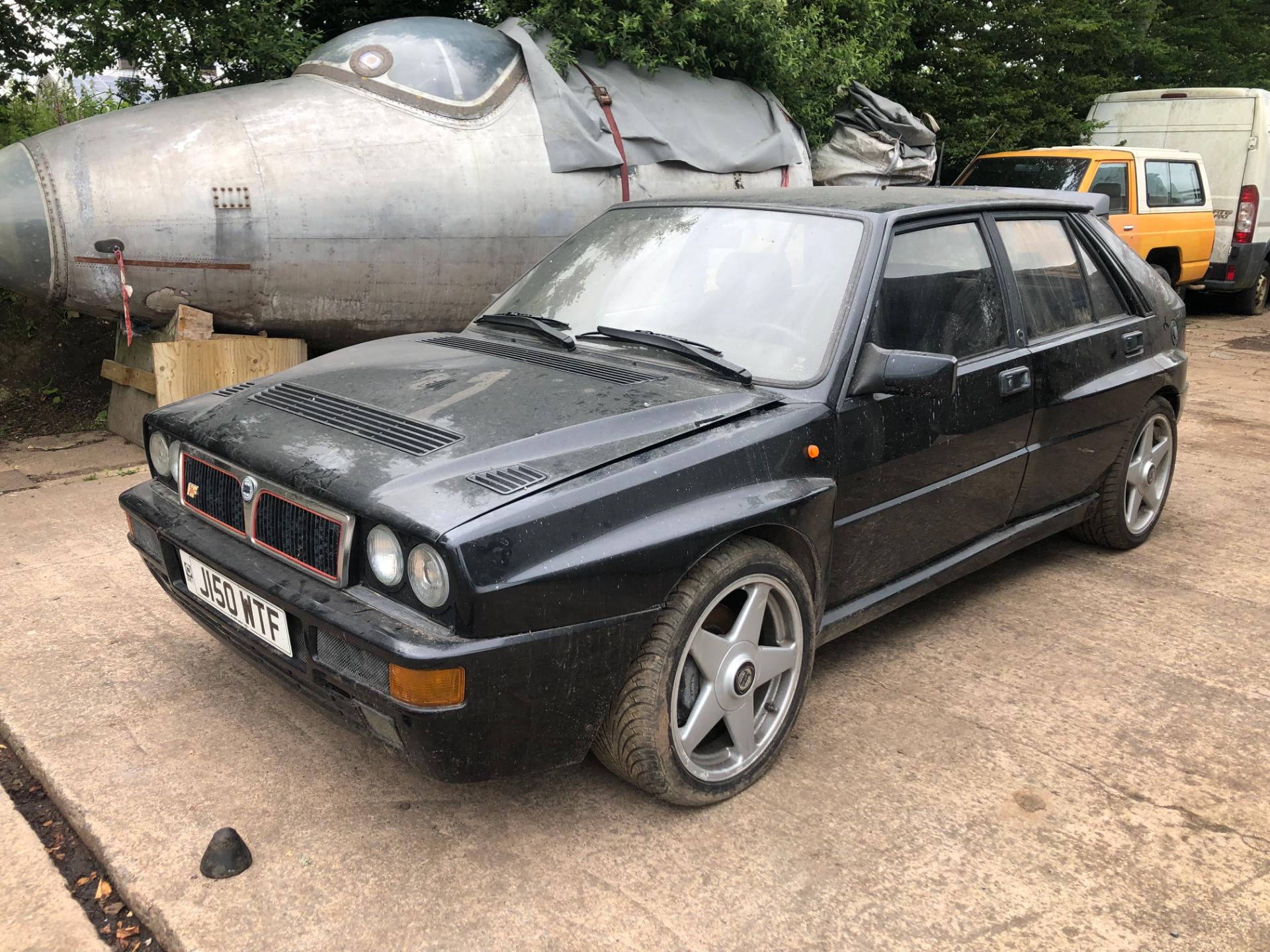