The design of the car is attributed 22 Bertone designers who worked through the nights on the project for fear of Lamborghini scrapping the project due to high expense. It is widely acknowledged that one single man had the greatest influence on the finished product; Marcello Gandini. Gandini, the son of an orchestral conductor, was just 22 when he started working on the Miura, he worked at Bertone for a further fourteen years and his designs are undoubtedly amongst some of the most significant of the 20th century. As well as the Miura Gandini was responsible for both the Countach and the Diablo as well as the Lancia Stratos and Alfa Romeo Montreal to name but a few. All of Gandini's designs are modern icons however the Miura stands above the rest. It is no overstatement to cite the design importance of the Miura as perhaps being the most instrumental device in shaping the future of the supercar. The very first supercar, the Miura, is still often regarded as the finest.This example offered here is a 1968 'P400' S, the "S" benefits from a number of refinements and minor visual changes over the earlier P400. The 'S' introduced the option of a number of interior comforts such as electric windows and air-conditioning. Outside the car received chrome brightwork around the headlamps and window surrounds. Changes to the car saw a modified centre console, locking glovebox and notched trunk panels which allow more room for luggage. The engine was lightly fettled, gaining a further 20HP, largely the result of modified camshaft profiles and intake manifolds which are 2 mm larger.Just 140 Miura S models were completed making it rarer than both the standard P400 and much more expensive SV model. This particular example was first registered on 31st December 1968, supplied in Verde Miura over Senape (Mustard), the body colour it is finished in today. Supplied to an Italian Gentleman the car spent time in Switzerland before spending time in Italy once more.In 2001, the car was purchased by a prominent superstar industrial designer, described as the most influential of his generation and one with a fond eye for the finest automotive designs ever produced. The Miura would join a small collection of the highlights of automotive design and reside with him between both Paris and London. Over the course of nearly 10 years, he would instigate comprehensive works to be carried out by GTC Engineering of Buckinghamshire.The gearbox was rebuilt, the engine received a comprehensive overhaul, the suspension was also stripped down and rebuilt. The owner would set about locating a number of rare original parts to ensure the accuracy of the restoration including original Stainless Steel door sills with the Bertone logo, original battery cover and wooden gear knob. After the engine work was completed the car was refinished in its original Verde Miura hue. The blue leather interior remains in fantastic condition and works superbly with the Verde Miura coachwork.Most recently this car has been used sparingly by its current owner in Jersey and presents today in show condition with an extensive history file including the Lamborghini Certificate of Origin. 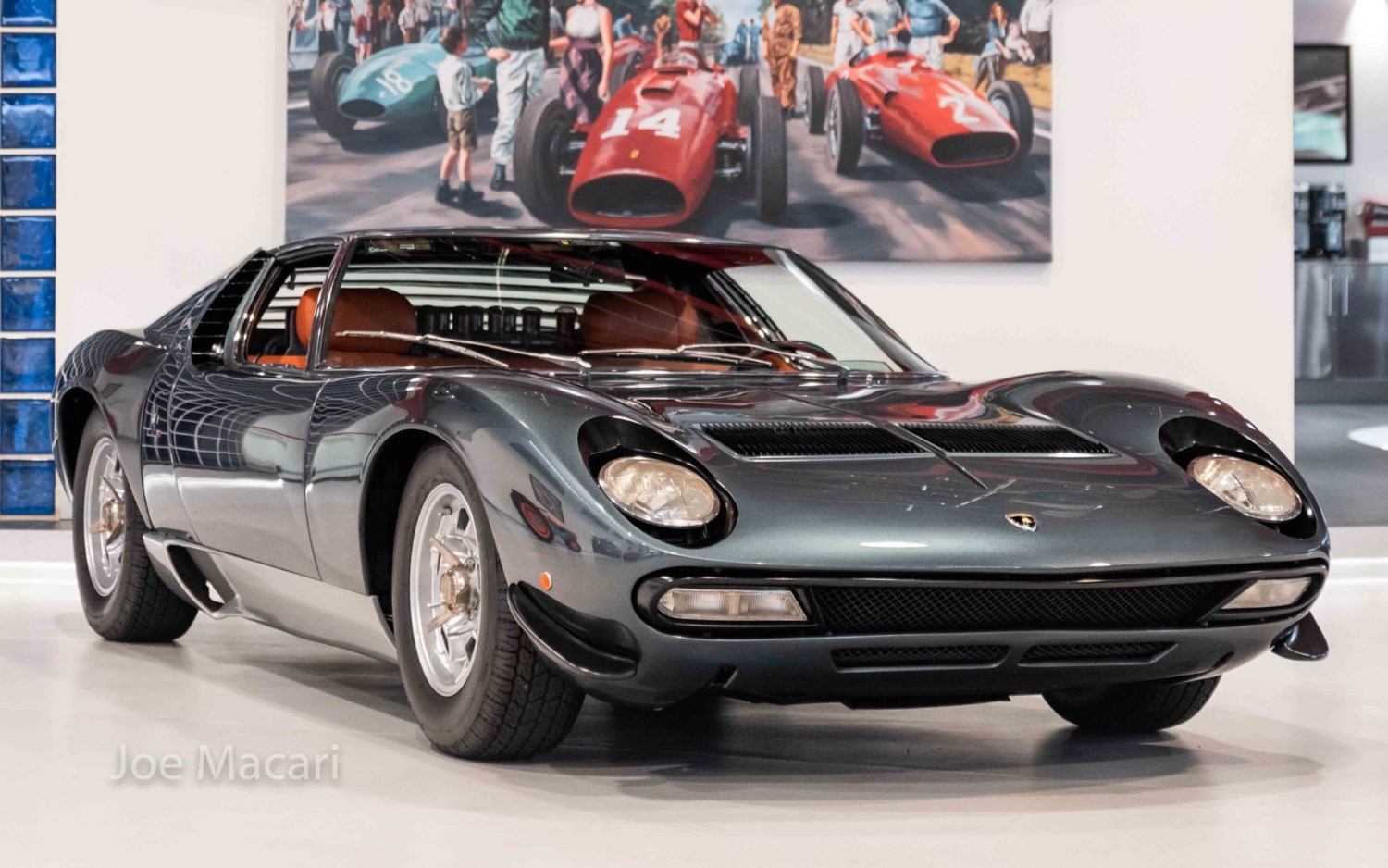 £POA
FERRARI 365 GTB/4 DAYTONA
Gtb/4 daytona
The world-famous Daytona name was unofficially conjured up by the press in recognition of ...