1969 Jaguar 420G Manual with O/D RHD UK reg. Finished in Tyrolean Dark Green with St James Red hide interior this ultra rare 420G with Manual gearbox with overdrive and PAS with a Radiomobile twin speaker system was delivered new to Brian Corser from Shrewsbury the noted Jaguar enthusiast and collector who had all of his Jaguars finished in the same dark green with maroon wheels and his collection merited a chapter in The Private Motor Collections of Great Britain by Peter Hugo his other cars included an XK120 , a C-Type, a D-Type and an XKSS. He owned the car which he described as the finest Jaguar saloon ever produced until 1988 and it has had just 2 registered owners since.The car was Zeibarted from new (rustproofed by the then market leader) and fitted with a Derrington Wood Rim wheel and electric windows front and rear . She has covered 57,000 miles from new and is a revelation to drive as a manual car with brisk performance from the manual gears and O/D rather than the more sluggish feel of the vast majority of the cars built with the Borg Warner Automatic box. Only around 50 420G,s are still on the road in the UK the vast majority being Automatic versions which makes this example very rare and desirable .We sold the car in 2014 to a private collector on the Isle Of Man before purchasing it back from him recently. Complete with Handbooks , pouch , toolbox , jack and wheelbrace.The overall condition is superb with unmarked paintwork, rust free body and undersides with a superb original interior £29,950 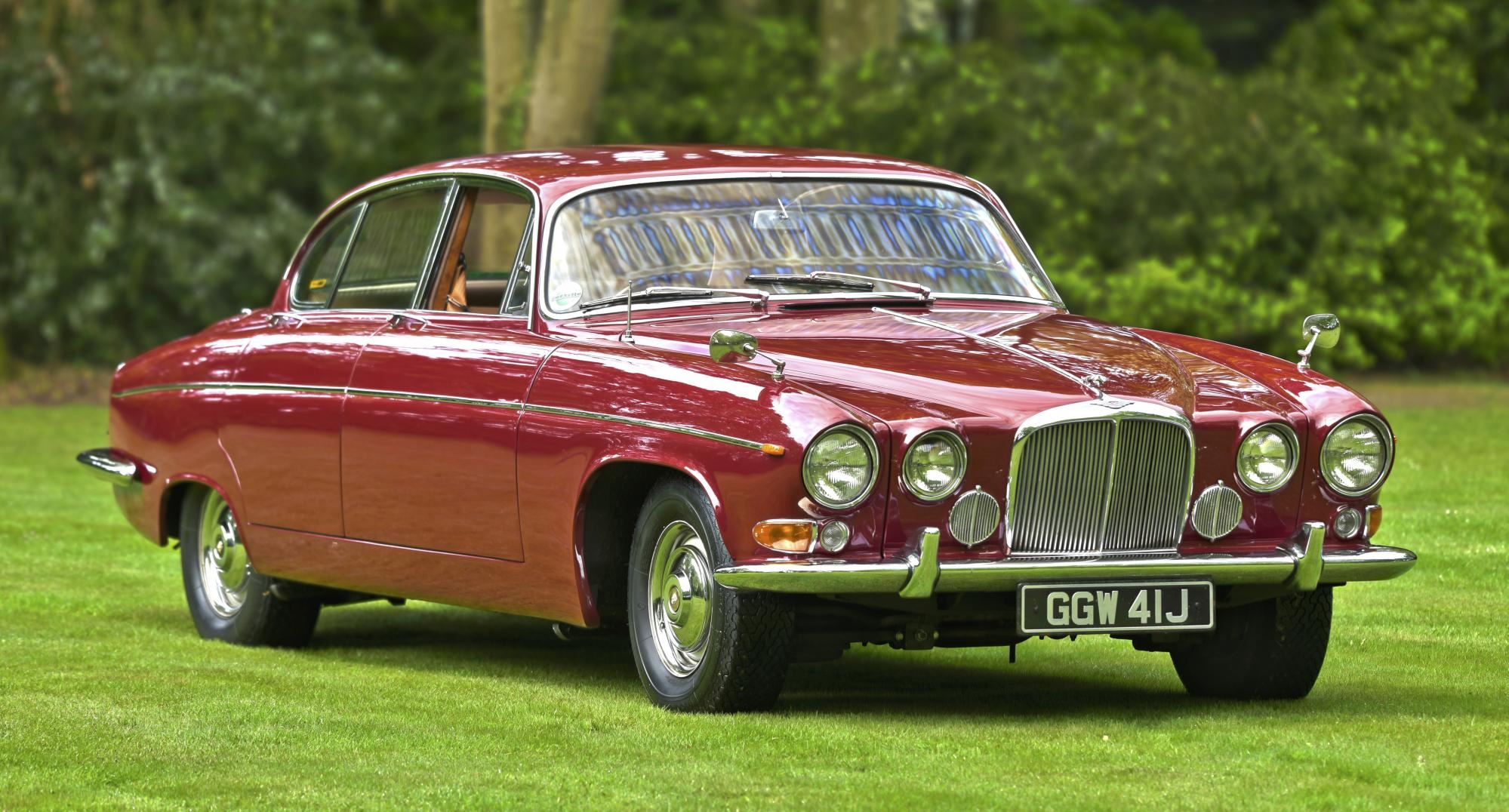