Chrome Wire Wheels, Full Weather Equipment, Leather Mota-Lita Steering Wheel, Leather Trim, Front Disc Brakes, Rear Disc Brakes, 4 Speed Gearbox with Overdrive, Hood cover, Tonneau Cover, Factory Hard Top, ULEZ COMPLIANT The Daimler SP250 was launched as the 'Daimler Dart' at the New York Motor Show in April 1959 (and unofficially voted as the ugliest car at the show) although preliminary details and pictures first appeared in The Motor on 1st April 1959. Unfortunately, its baptism at the New York Show was overshadowed by the Chrysler Corporation objecting to Daimlers use of the name Dart, as Chrysler had previously registered that name for one of its own in-house Dodge models, therefore it became known as the SP250 which was its production type number, but affectionately it has always been called The Dart. It is acknowledged that the SP was only a partial success as only about 2,650 cars were built between the years 1959 and 1964 before production finished. The SP250 had a Fibreglass Body mounted on a Ladder frame Chassis and had a 2547cc V8 Engine with Hemispherical Aluminium Cylinder Heads and a 5 main bearing Crankshaft and it produced 140bhp @ 5800 rpm with a Maximum Torque of 155 lbs ft. This was mated to a 4 Speed Manual Gearbox with an optional Overdrive or with an Automatic Transmission. Due to the fact that almost 50% of production would be destined for the USA and Canada, a large number of the car's features were optional extras to save on import duties into the United States. The following items could all be ordered for the standard car: * Wire Wheels * Whitewall Tyres * Adjustable Steering Column * Hard Top * Front and Rear Bumpers * Windscreen Washers * Heater * Fog Lights * Seat Belts * Overdrive * Automatic Gearbox See the Owners Club page for more detailed information on the car: https://daimlersp250dartownersclub.com/history/ According to the Jaguar Heritage Trust production record trace certificate, this lovely 'A' Spec Daimler SP250 Dart - Chassis No: 100689 was built on 27th April 1960 and supplied by Daimler dealers Spink Motors in Bournemouth to a Mr Dennis Alsop and first registered on 2nd May 1960 with the number plate DA 12. It is finished in its original colour of Rochester Red with a Tan Leather interior and it came with the the optional factory Hardtop in Black, Smiths heater, Wire Wheels and Overdrive Gearbox. Mr Alsop kept the car for nearly 50 years and did have a re 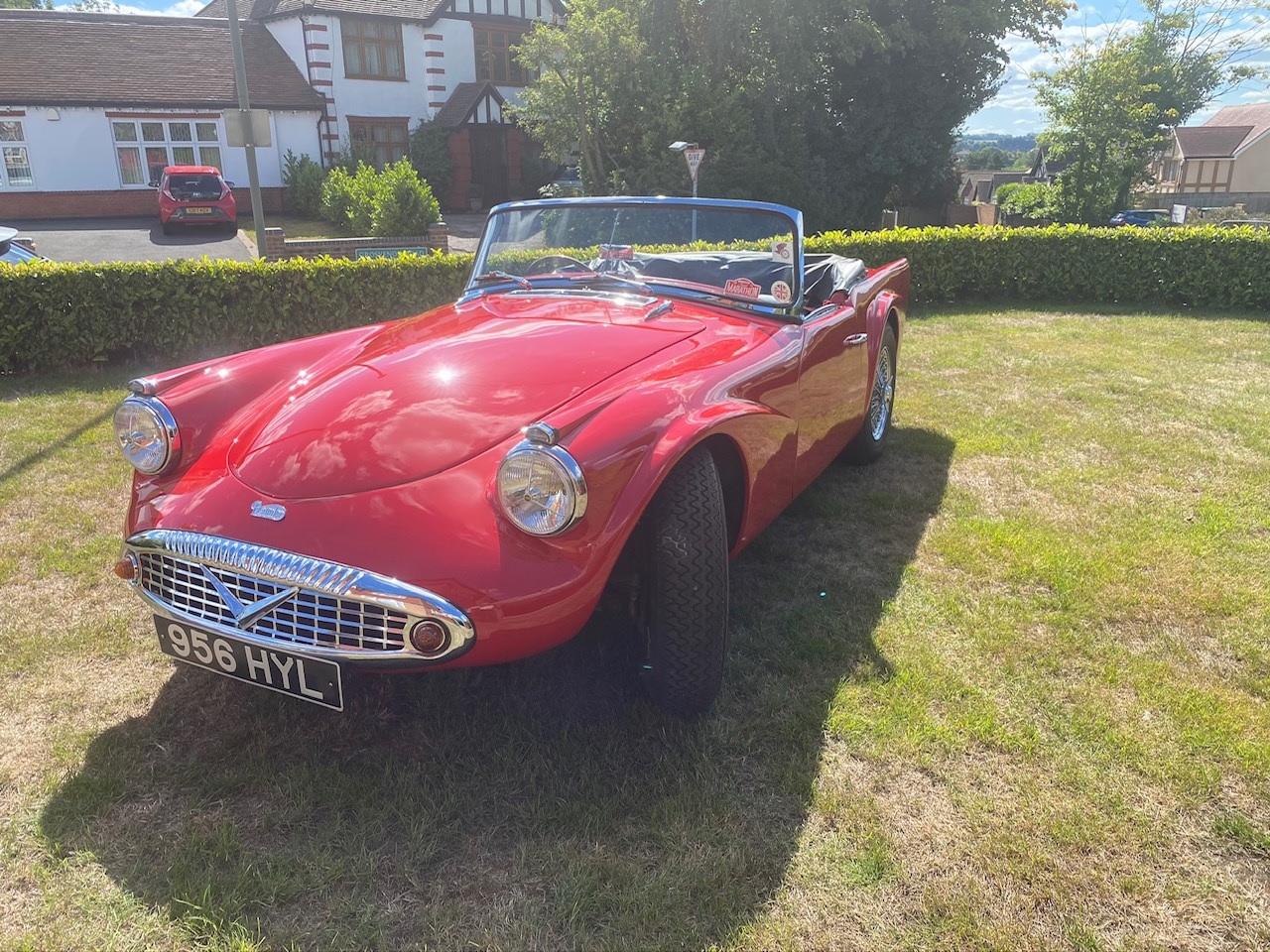