This stunning, top-quality Daimler Dart was first registered on the 1st January 1963 and is a late B specification car. 2085 PE is a new car to us and has been part of an impressive Shropshire based collection for the past few years. The Dart has been carefully dry stored in a purpose built facility alongside other classic British sportscars to include an Austin Healey 100, Triumph TR2 Long Door and Triumph TR4A. The Daimler has been taken out on dry days only, and has arrived with us in exceptionally well detailed condition and looks ready to take to a show.2085 PE spent from 1982/1983 to 2017 with one owner, a competent and skilled engineer who carried out a major restoration over many years. The Daimler was subject of a body off restoration, fully stripping the car down to the chassis. The work was carried out to a professional standard and the total cost before the long-term owners labour was said to be £53,000. Invoices during the final stages of restoration in 2015 are on file and we note the interior work alone costing in excess of £10,000.Having spent many years rebuilding the car, it was sold in 2017 and has covered very little mileage since. Whilst the Dart has had little time out on the road, it has been very well maintained and kept on the button and ready for use at a moment's notice. 2085 PE arrives with us in impressive condition with a first class bodyshell, gleaming paintwork and chrome, a beautifully re-trimmed interior and stunning show level engine bay. On the road this car does not disappoint, its quick with exceptional performance coming from the finely tuned and fettled V8 engine. The four speed gearbox feels just right, the Daimler holds the road well and well serviced brakes stop the car efficiently.This is a beautifully presented Daimler Dart, it's a low ownership car that has been restored with a keen eye for detail and clearly was carried out with no expense spared. The rebuild took many years to complete and clearly became a labour of love for the retired engineer. Commercially it would be difficult to justify the hours this car has had lavished over it, these types of restorations are hard to replicate as its clearly been done with no expense spared. This is a wonderful car, and we look forward to finding a new home for this incredibly attractive, superb driving car. 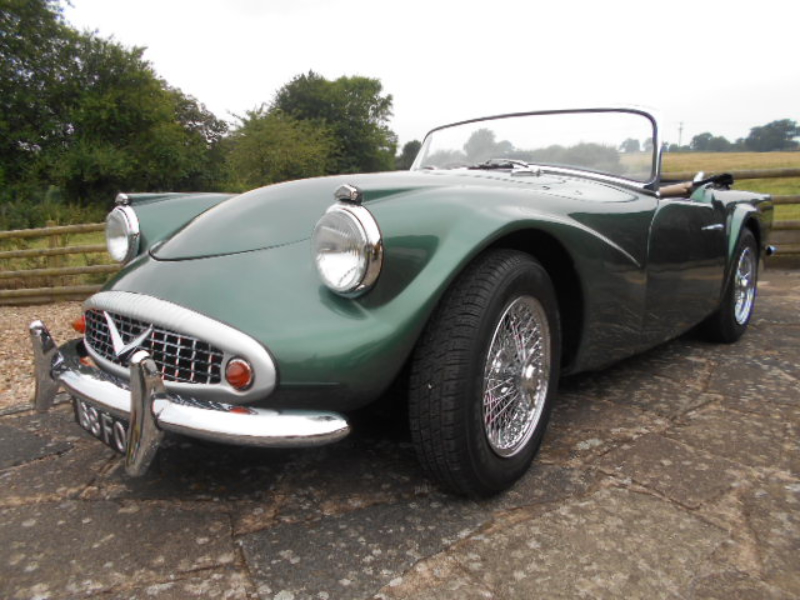 £15,750
MORRIS ISIS
This incredibly original Morris Isis is a true time warp, the car features a huge level of...
END_OF_DOCUMENT_TOKEN_TO_BE_REPLACED
Value your classic Insure your classic Find a classic car dealer Sign up to our newsletter