It was essentially a re-badged Jaguar Mark 2 fitted with Daimler's 2.5-litre V8 engine and drive-train, a Daimler fluted grille and rear number plate surround, distinctive wheel trims, badges, and interior details including a split-bench front seat from the Jaguar Mark 1An extract from Wikipedia..........In 1960, BSA sold Daimler to Jaguar Cars, which continued Daimler's line and added a Daimler variant of its Mark II sports saloon. Jaguar was then merged into the British Motor Corporation in 1966 and British Leyland in 1968. Under these companies, Daimler became an upscale trim level for Jaguar cars except for the 1968-1992 Daimler DS420 limousine, which had no Jaguar equivalent despite being fully Jaguar-based. When Jaguar Cars was split off from British Leyland in 1984 it retained the Daimler company and brand.William Lyons' response was the 2.5 V8, a more luxurious Jaguar Mark 2 with the V8 engine from the SP250, automatic transmission, different badges, and a grille with a fluted top.Edward Turners Ultimate Passenger Vehicle.Born in 1965 but only travelled 50000 miles.PLEASE NOTE THE FOLLOWING:This is the rare Daimler version that Jaguar had to produce as part of its purchase of Daimler in Birmingham, UK, in the late 1950's. The 1962 Motor Show showed off the first car produced after the take over. It was the 2 1/2 litre V8 with the Mark 11 body. IT IS A V8..the kilometres shown is milesThe vehicle is a subtle two-tone english white with beautiful Connely leather interior. There is very little rust (lower front door is a common area) see photos.It was purchased by the current owner over 20 years ago and has been kept in very good condition and used very regularly and never missing a registration. 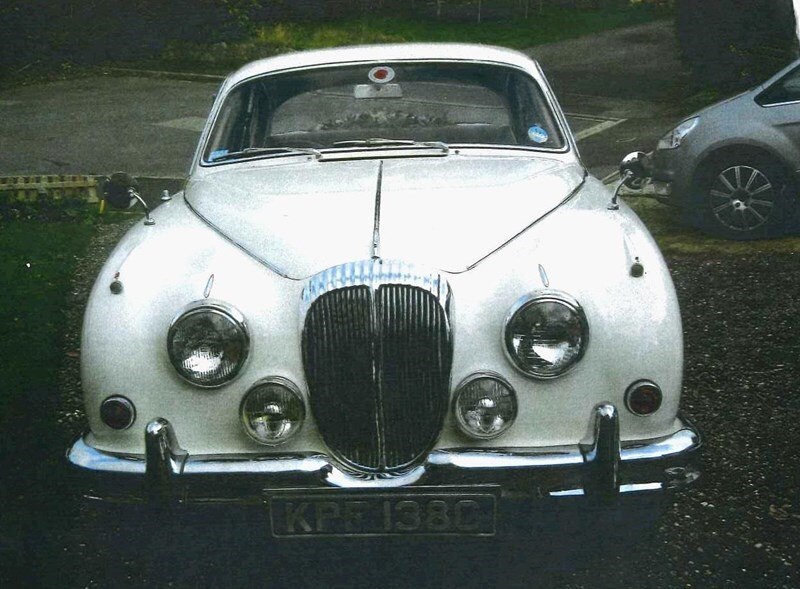