Originally supplied by Bentley main dealer Mann Egerton in the U.K. and then serviced by them twice before the car was bought to the Channel Islands. Initially it was brought to Jersey (Chauffeur driven with one owner here) before then being sold and moving to Guernsey in 2008. The car was hardly used in Guernsey until purchased by the current owner in 2016.Service history is comprehensive with nine main Bentley dealer service records up until the year 2000 at 32,686 miles. Post 2000 it was maintained by independents until 2006 where its owner, one of our customers, returned it to the dealership with instructions to fix whatever was needed. He subsequently enjoyed the car, taking it on driving holidays, prior to trading it in against a new Bentley GTC in 2008 at approximately 39,000 miles.The body is very good order and corrosion free and painted in original Royal blue colour, believed to be the original paintwork.Smartly trimmed in Cream / Beige leather with blue piping and dark blue Wilton Carpet, the boot area is trimmed to match. The dashboard and wooden cappings are Walnut Veneer. Overall the condition is commensurate with the car's age and mileage. A well looked after and maintained Bentley Mulsanne Turbo in a desirable colour scheme inside and out. Currently located in Guernsey. Shipping and the import can be arranged. 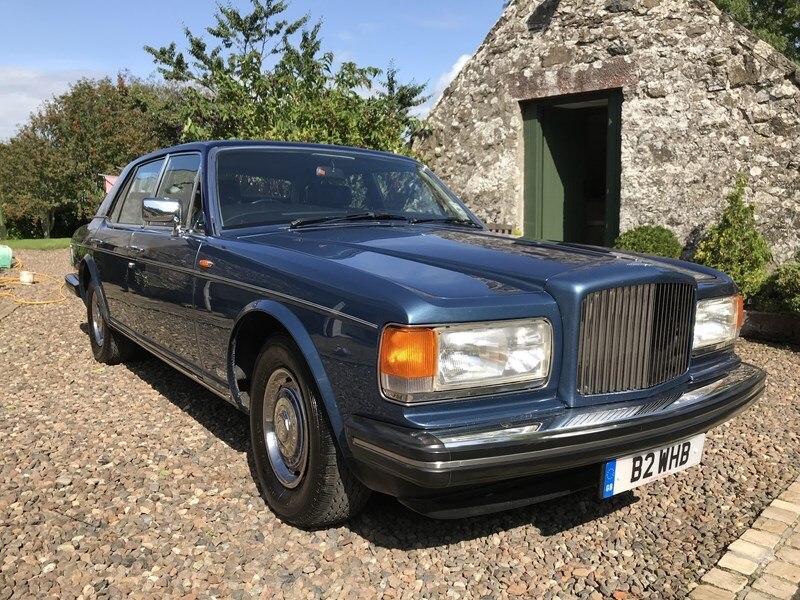