1931 Bentley 8 Litre Vandenplas Style TourerChassis number YM5045Registration number: GX2423A magnificent completely matching numbers Vanden Plas Style Tourer. This car started life as a Freestone & Webb Saloon & was delivered new to Major CH Stevens, and owned by him until 1949. In 1972 The car received its current body built by well known Marque Specialists Elmdown Engineering. At the same time a full engine rebuild was undertaken. Under its most recent ownership it has been to noted eperts VBE restorations who have performed close to £50,000 in recent works. This has included:Remove body, clean chassis and bolt check. Touch up chassis paint were necessary.Cover whole body with new wadding and calico and then new black Everflex.Re upholster complete interior with Ingelston Black Hide.Fit new Wilton carpets bound in leather.Cover dashboard in black EverflexFit body and wings back to chassis.Renovate headlamps and re-chrome rims.Fit modern spin on oil filterFit new electric fansFully service car and carry out anything that needed doing. A full inspection was carried out by VBE Restorations prior to sale by the last owner:Inspection report of 8 Litre Bentley Chassis No YM5045This report covers the mechanical inspection and road test of the 8 litre Bentley, chassis No YM5045 carried out by VBE Restoration the week beginning the 13th of April 2015.The first check was of all the numbered components which are as follows:Current registration No: RB327 (New South Wales) Chassis No: YM5045Engine No: YM5045Front axle No: YM5045Rear axle No: YM5045Steering Column: YM5045 Differential housing: YM5045Body: Replica VDP open touring bodyThe inspection of the numbered parts confirmed that all major mechanical components are as supplied by Bentley Motors and correct to the car. Although some of the minor ancillary parts have been changed, this detracts very little from the overall originality of the Bentley made components.The Body, although not original, is made to a high standard and well proportioned considering the size of the car. It is believed to have been made by Elmdown in 1971, a well known Bentley marque specialist. The body is covered in a Vinyl with traditional style leather interior trim.The Tonneau and hood bag are reproduced in an Everflex type material. The dashboard contained some of the original instrumentation including the switch plate but a large speedometer and tachometer have been fitted as well as some later period switches.The rather novel fitment of windscreen washers, have also been introduced. The steering column, hand controls and centre are all original but the steering wheel is not.A thorough mechanical inspection and road test revealed the following:EngineAll major engine castings appear to be the original items. (NB. As in all 8 litres the nonferrous casting are magnesium) The original crankshaft damper has been replaced by what appears to be a modern viscus unit (a sensible modification) and the original damper cover is missing. The engine retains its original twin SU carburettors and linkages, however the Autovac is not present and has been replaced by a pair of twin SU fuel pumps. The original Delco Remy distributer remains fitted to the N/S of the engine whilst the O/S Bosch magneto has been replaced with another Delco distributor. The original fan has been replaced a modern electric item and the same applies to the horn. The starter motor is the original Bosch type.The engine started easily and ran quietly. On the road, the performance is impressive through the range. Prodigious torque is accompanied by an impressive roar from the exhaust. There are no significant rattles or vibrations from the engine. The powered delivery is smooth and the fuelling and ignition is reasonably well set up.TransmissionThe original plate clutch and F type gearbox is in place, as is hypoid final drive unit which is leaking some oil from the front seal. The axle ratio is indicated as 14/53 stamped into the differential nose piece.Driving the car, the clutch action is relatively light with the correct amount of free play and there is no sign of slip. The gearbox is quiet and the shift is smooth and effortless as to be expected with the F type constant mesh gearbox. The final drive is near silent.ChassisThe chassis construction is as it left the factory, the rivets appear to be tight and there is no evidence of damage or repairs. None of the crossmembers have been welded in as we have seen on other vintage Bentleys. The fuel tank has been rebuilt and now has 2 filling points on the top face, one either side. The bulkhead is original and beare defining characteristic of the marque. This core brand value harks back to Walter Owen Bentleys apprenticeship with the Great Northern Railway where he worked for a time as the fireman on the footplate of the great Atlantic high-wheeled and extremely powerful express trains.Bentley -8-Litre --039-500Many years later he would write in his autobiography: &quo 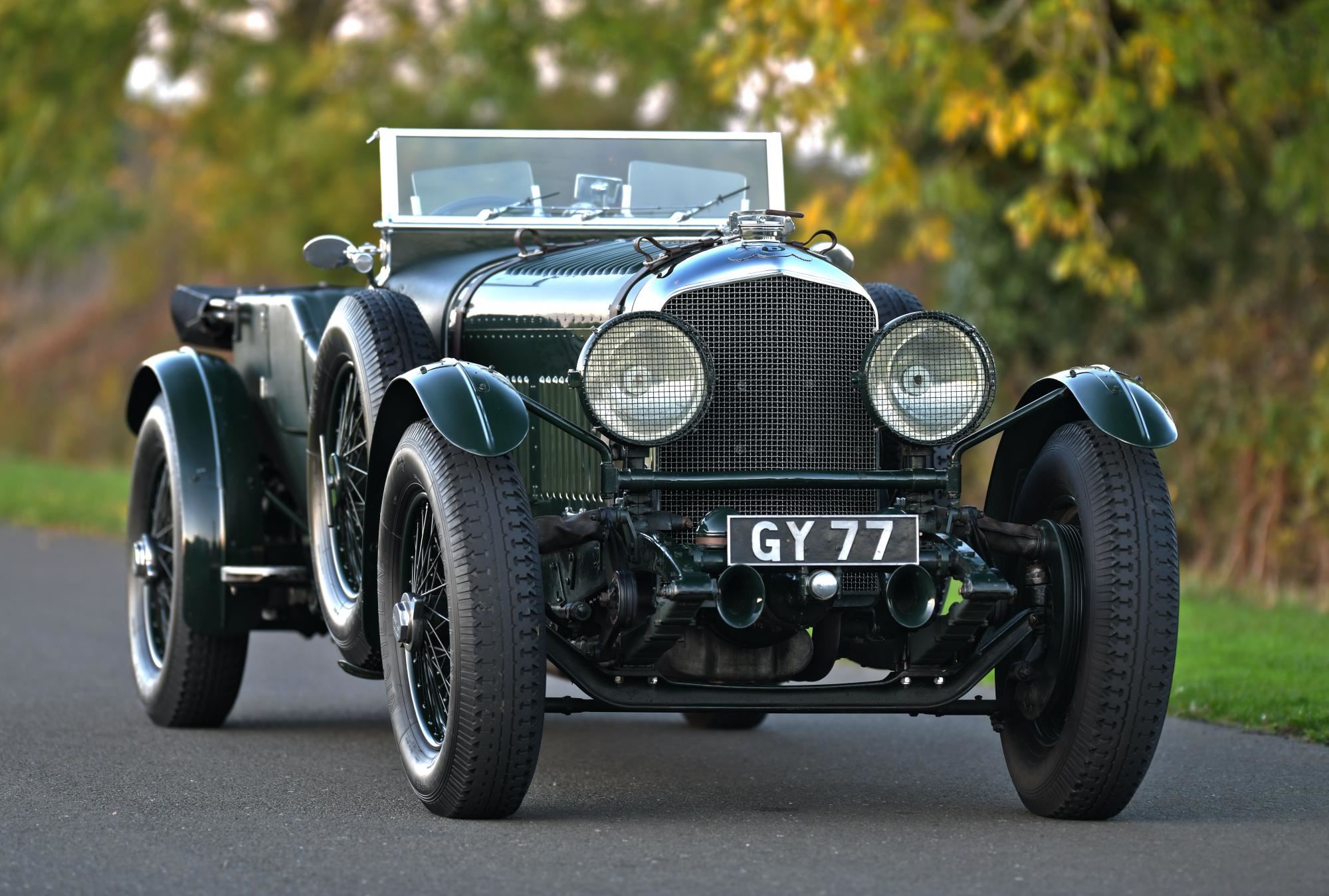