With the introduction of the Bertone-styled Giulietta Sprint in 1954, Alfa Romeo established the 'small car, big performance' formula that would characterise the Milanese marque's finest offerings from then on. Alfa's classic twin-cam four was downsized to 1290cc for the 750-Series Giulietta, gaining an alloy cylinder block in the process. The Sprint coupe was soon joined by Berlina and Spider versions, the latter styled by Pininfarina and built on a slightly shorter wheelbase. The Giulietta family's success surprised even Alfa themselves; production targets were revised upwards and to satisfy demands for increased performance, upgraded Veloce versions of the Sprint and Spider were introduced. The combination of a rev-happy engine, fine handling, responsive chassis and excellent brakes make the Giulietta Sprint a driver's car par excellence and explains why these stylish Alfa Romeos continue to attract the discerning enthusiast today. This Alfa was originally manufactured on 16th January 1960 to be sold on 29th August to Titan Industrial Corporation of Johannesburg as detailed by the Alfa Romeo Archivist in Italy. This stunning example presented in Alfa Red was subject to a full body restoration in 2016 described as every nut and bolt by its current owner who resides in South Africa. He also informs us that he went some way to preserve as much originality as he could and make sure the car was period correct with the correct upholstery and roof lining and at the same time had the engine, gearbox and differential all rebuilt. The carburettor has also recently been upgraded with a Weber; however the original Solex comes with the car. During the early part of its life this car was fitted with a 1500cc Mondial Big Bore conversion kit and five-speed gearbox. South Africa was famous for using these engines in F1 cars in place of the Coventry Climax so there was experience with them in South Africa thus this car is a very desirable in period conversion giving it the performance of a Veloce model without the temperament. Upon ordering, the car was specified with what in the extras catalogue is called Disappearing Rear Seat; in fact a very rare option and due to this ended up in the famed Waldie Greyvensteyn collection in Bloemfontein with our vendor purchasing the car some 10 years ago. Offered with a NOVA certificate, original registration papers and presented in beautiful condition throughout, this drivers car in showroom order is certainly an attractive proposition and sensibly priced in the current market - viewing is highly recommended. 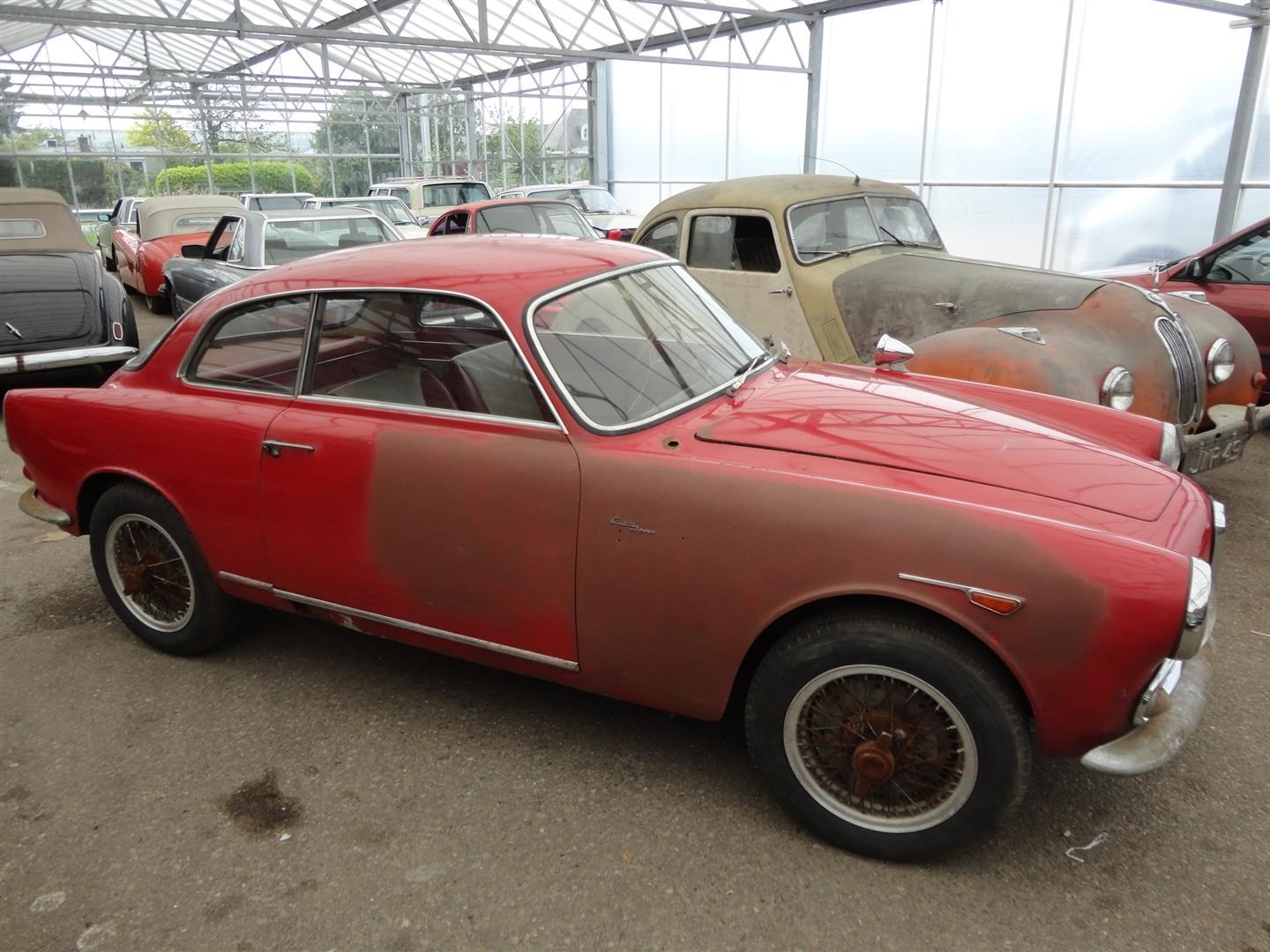 1985
£Auction
MERCEDES-BENZ 500 SL ROADSTER
The Mercedes-Benz R107 and C107 cars were produced from 1971 through to 1989. The R107, SL...
END_OF_DOCUMENT_TOKEN_TO_BE_REPLACED
Insure your classic Find a classic car dealer Sign up to our newsletter